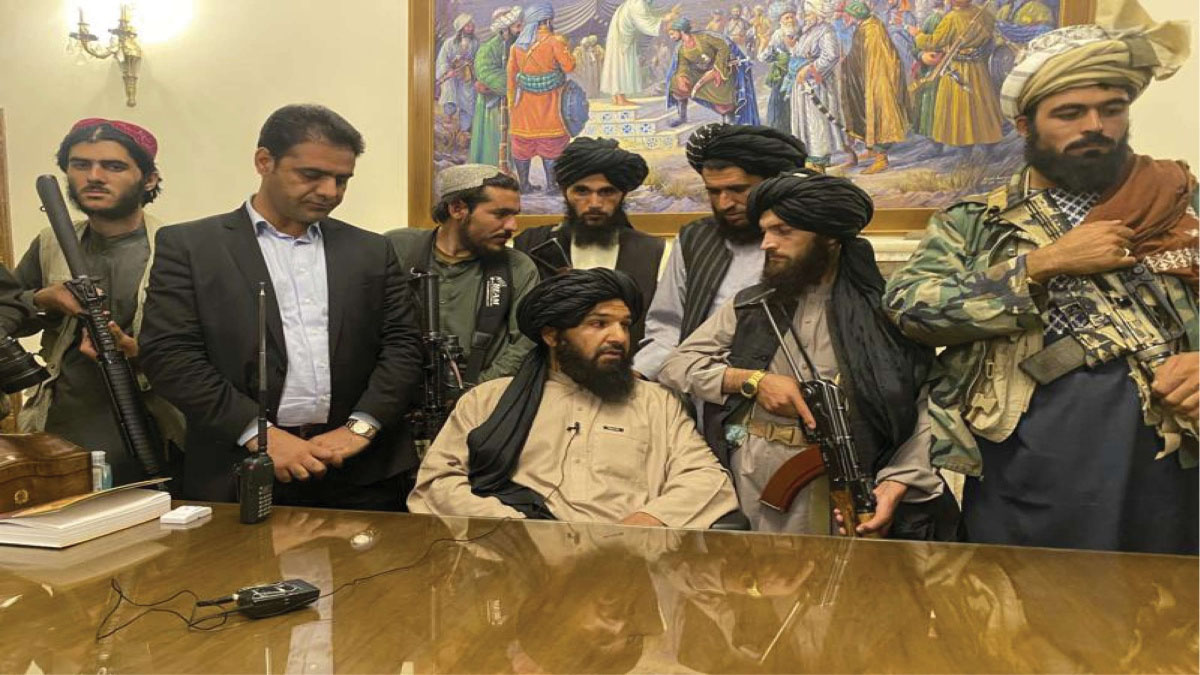 Governing Afghanistan after departure of President Dr. Ashraf Ghani was a test for Taliban in which they seem to have failed

Instead of materializing its commitments or demands of international community regarding Human Rights, the Taliban rulers are still making their best to settle scores with the political rivals and common people who remained part of previous government installed according to Bonn Accord. Though thousands of people have abandoned the country and slipped into different countries yet still leading politicians including former President, ex-Chief Executive and several other politicians are stranded in Afghanistan.

The incumbent Taliban rule now entered into seventh month but they are yet to frame strategies aimed at addressing wishes and expectation of international community, who has huge concerns regarding Human Rights situation. In last six months, almost members of international community demonstrated firm belief in return of “peace and stability” in war-devastated Afghanistan, which is possible only by empowering a “broad based and acceptable coalition government.”  But the Taliban leaders are reluctant to do so.

Though after getting a letter from Saudi Arabia, the Taliban leaders and officials are behaving with common people but they are yet to facilitate political rivals or those who remain part of previous governments. All of them are very indifferent in attitude with politicians and leaders like Hamid Karzai, Dr. Abdullah, Engineer Gulbadin Hekmatyar and others. Taliban are not only treating these politicians as rivals but even calling them as puppets.  Like past, Taliban have again converted Afghanistan into a prison whereas one can enjoy security but he is deprived of his basic human  and political rights, remarked an Afghan journalist.

Besides political hardships, the economic disorder, growing unemployment and nonpayment of salaries in government organs are compelling people to abandon country and fly abroad. Almost all banks have ceased to function. Only two to three international flights are operating from Kabul Airport. Girl schools from 6th to 12th classes are still shuttered whereas Universities and professional colleges are functioning with separate classes for male and female students.  The teachers have been paid only three months salaries. A large number of schools, colleges and universities teachers were either left for foreign countries or have adopted other jobs due to fears of aggression, violence and denial of salaries. The situation is worsening for academicians with each passing day.

The irony is that, Taliban soldiers are working as volunteers. They have not been paid but they getting money and other edible items from common. The former personnel of armed and police forces now are returning on duties but with fears.

The most serious issue before Taliban is “getting recognition” from the international community. Now it is crystal clear that some of the powerful members of International community are building up pressure against Taliban to review its internal and external policies. And Taliban are divided in this respect as some of them want to make them free from clutches of neighbouring Pakistan. However, majority of those who are entering Pakistan with Visas are reluctant to go back as they are adjusting them with relatives and friends. Majority of them prefers sheltering in urban cities of Lahore, Rawalpindi, Karachi and even interior Sindh and Punjab where they can easily camouflage their identity.

Since August 15th, 2021 the Taliban leaders seems desperate regarding their internal and external policies. They are visibly divided into several groups. The two visible groups are considered Qandahari and Haqqanis. The Qandaharis are considering them as most martial and supreme on the grounds of Mullah Omar’s origin whereas the Haqqanis are proud of playing key role in armed resistance against US led allies.”

In fact, Pakistan as inheritor of previous British colonial system having stakes in Afghanistan and its civil military establishment is making its best for its wellbeing since mid of previous 20th century. No doubt to mention that particular mind-set dominated Pakistan civil military establishment fearing threats from Pushtoons- having a dominant position in South Asia since long.

Governing Afghanistan after departure of President Dr. Ashraf Ghani was a test for Taliban in which they seem to have failed. The only benefit for Afghans with empowering of Taliban is “an end to terror and violence” but still uncertainty and panic persists throughout Afghanistan. Common people are uncertain about their future.