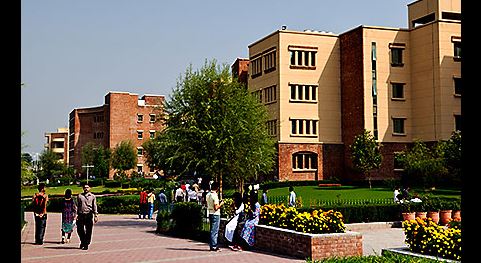 At present, COMSATS has 27 Member States and a Network of 24 International Science and Technology Centres of Excellence that facilitate pursuit of its mission of South-South cooperation

ISLAMABAD: Appointment of Executive Director COMSATS is still pending. The govt is yet to appointment an ED despite the lapse of more than one year since the departure of the then ED Dr. Junaid Zaidi.

The Commission on Science and Technology for Sustainable Development in the South (COMSATS) was established in 1994, as an intergovernmental organization (IGO) of the developing countries with its headquarters permanently based in Islamabad, Pakistan. It is an apex forum of the developing countries having Heads-of-State/ Government of the Member States as Members of the Commission. South-South cooperation is the major mechanism adopted by the organization to achieve its objectives. Hon. Nana Addo Dankwa Akufo-Addo, President of Republic of Ghana, is the incumbent Chairperson of COMSATS.

At present, COMSATS has 27 Member States and a Network of 24 International Science and Technology Centres of Excellence that facilitate pursuit of its mission of South-South cooperation.

As mentioned earlier that it is an inter-governmental organization, but due to non-professional attitude of MoST, the organization is suffering badly in absence of a regular Executive Director. No activity is being under taken due to non-availability of Head of the organization. The Secretary is also very much busy as Ministry has its own 15 subordinate offices including three universities i.e. NUST, NUETECH and COMSATS University.