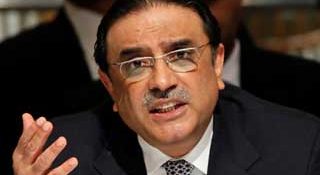 ISLAMABAD, OCT 8 (DNA)-  Former President Asif Zardari has lauded the Parliament for consensus legislation that closes the loopholes of forgiveness in murders in the name of honour on the one hand and stops rapists from walking away with impunity on the other. Friday October 7 will be remembered as a ground breaking day when the Anti Honour Killing and Anti Rape Bills were passed in the joint session of the Parliament, he said in a statement today. “The Parliament has done its job, what is needed now is toRead More