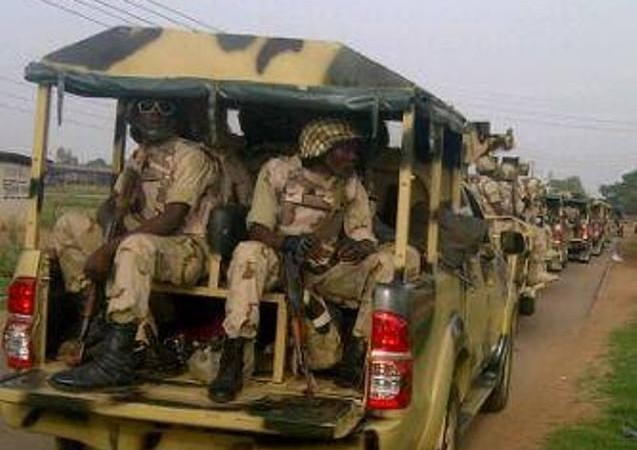 ABUJA: Nigeria’s army says it has cleared 10 more camps used by Boko Haram in the north-east of the country.

There was a fierce battle around Dure camp, which statement as one of the most “prominent” hideouts for the militants.

Boko Haram has not yet commented on the army statement and there has been no independent confirmation.

The army has recaptured most of the vast area the militants had seized but the Islamists remain active.

Thousands have been killed, mostly in north-eastern Nigeria, in attacks carried out by Boko Haram since 2009.

The army says that militants died both in the assault in the Sambisa forest and in an ambush when trying to flee, but did not specify how many.

It did say, however, that one soldier was killed and two were wounded in the operation.

Last month, the army said it had rescued hundreds of former Boko Haram captives from Sambisa, a vast forest surrounding a game reserve.

However, over the weekend, Boko Haram recaptured the town of Marte, 100km (62miles) north-east of Maiduguri, from the army, which had held it for just two months.

It is the first town the militants have seized since losing most of their territory in recent months.

The attack on the Sambisa forest camps came on the same day a female suicide bomber killed at least six people at a bus station in the north-eastern town of Damaturu.

The Nigerian police say they are investigating but said it appears to have been carried out by Boko Haram.

The use of female suicide bombers in this way is a worrying sign that the jihadists are not a defeated force.

The fight against Boko Haram has drawn in Nigeria’s neighbours as the militants threaten their security as well.