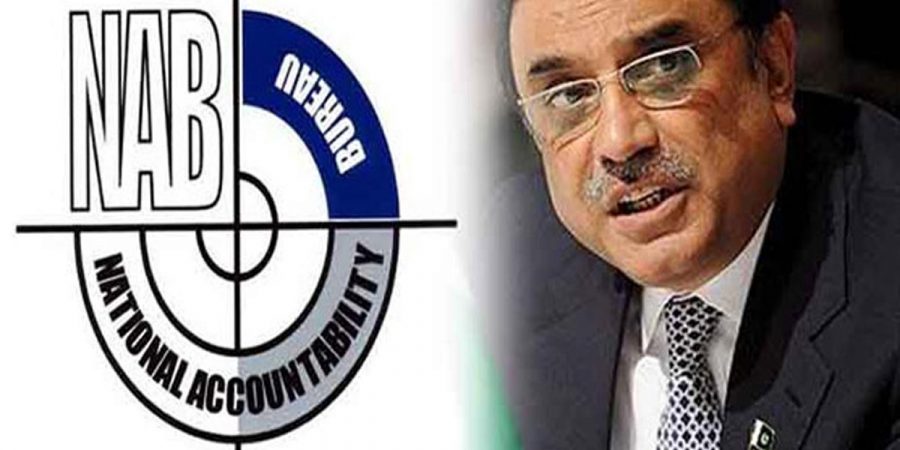 As the hearing resumed, National Accountability Bureau (NAB) prosecutor Jahanzeb Bharwana pleaded with the court for 20 minutes to give arguments in the case.

To which, the bench stated: “You have already presented your arguments, while this is hearing for a bail and not an appeal against conviction.”

The NAB prosecutor responded that 29 [fake bank] accounts were traced, according to the FIR lodged in the case, and transactions of Rs4.5 billion were uncovered, and billions of rupees were transferred from A1 International and Umair Associates.

He further disclosed that the Zardari Group and the Parthenon Private Limited had conducted transactions with the accounts, and said this was a detail of only one account from the total 29.

Subsequently, the prosecutor argued that Mr Zardari’s bail application was inadmissible for hearing.

In this regard, the court has sought complete record pertaining to the money laundering accusations against the PPP leaders from the National Accountability Bureau (NAB).

Importantly, the NAB will seek the court’s permission to arrest Mr Zardari and his sibling. The bureau has already issued arrest warrants for the PPP co-chairman in the money laundering case.

Farooq H Naek, the defense counsel of the PPP leaders, will respond to arguments by the NAB prosecutor.

Besides, a special team of the accountability watchdog has also arrived at the court to arrest Mr Zardari, in case his bail is rejected by the court.

NAB is conducting investigations in pursuance of the Supreme Court’s verdict in the money laundering of billions through fake accounts case wherein it forwarded the joint investigation team (JIT) report with directions to investigate and file references.

Earlier, the case was being heard in a banking court in Karachi but had been shifted to an accountability court in Islamabad upon an appeal by the NAB.