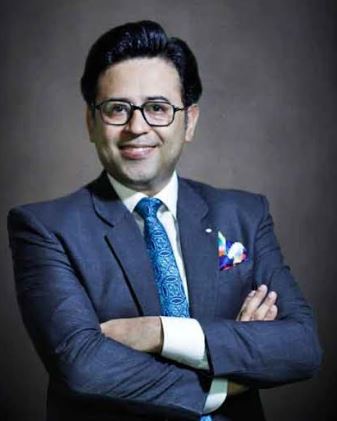 Three days after Kyiv had asked Ankara to close the Bosporus and Dardanelles straits to Russian ships, MevlutCavusoglu; Turkey’s foreign minister, said on 1stMarch that Turkey will activate the Montreux Convention and ban Russian war vessels from entering the Black Sea through the Bosporus and Dardanelles straits.Although Turkey has yet to spell out its officialstatement butFrance24 reporting confidently saying thatTurkish government has invoked the clause of the Montreux Convention, regarding the movement of naval vessels through the straits of Bosporus and Dardanelles.Let’s first understand what this convention is and what the implications of invoking it in the current situation are. This convention was signed on 20thJuly 1936 at the Montreux Palace in Switzerland and went into effect on November 09, 1936. This convention regulates the traffic in and out of the Black Sea. It provides for completely free access for civilian vessels and gives Turkey the right to restrict the navies of countries not belonging to the Black Sea. You can get further details about this Convention online from open sources.

The questions that arise are: 1) Why has Turkey decided to invoke this convention? 2) How will it affect Russia or Ukraine? 3) Does this invocation show Turkish partiality? These are the questions which come to mind right away.The first 2 questions can be best answered by the relevant countries and their representatives. But the third question is open to interpretation. And yes it is “interpretation” that is the base of Western reporting these days. The Western journalists have stopped seeking facts. They utter all the interpretations or narratives that they are provided by their respective handlers.

Now the Western Media i.e. France24, is portraying this news as a victory for Ukraine, Turkish partiality in Ukraine’s favor, and Turkish declaration of its anti-Russia position. However, a very quick fact check can tell you that such a decision by Turkey has nothing to do with its “Anti-Russia” stance, and the Russian Navy will not be affected by such controls. The Russian Navy belongs to a Black Sea state so its movement will not be and cannot be hindered. Secondly Ukraine is without a navy right now, so in fact Turkey is effectively blocking any Western nations from embarking on a naval endeavor. So dear France24, it is a blockade against Western warmongers.Turkish decisionis indeed a decision made by a sovereign state, according to the current situation in the region, and we hope they must have weighed all outcomes and consequences. But why are the Western media outlets spreading such unfounded information, and spinning it? There could be multiple purposes, for instance convincing other Muslim countries, like Pakistan, to rethink their position. The imperialist Western minds understand that Turkey is among the leading Muslim countries, so an anti-Russia partisan decision by Turkey might fool others into rethinking their positions.

Another example is BBC showing a report, where allegedly Russians are making a mass exodus towards Finland. There are some fundamental flaws in this report. First of all the Finnish embassy and consulate are not issuing visas from Moscow or Saint Petersburg, except for certain special cases, and mind you this restricted visa issuance has nothing to do with the current conflict. These are the restrictions imposed during the COVID19 pandemic.

The fact of the matter is that many Russian citizens, who had arrived in the EU during the days preceding this conflict and air traffic ban imposed by the EU, have no way of returning, so most of them have crossed through Finland to return to Russia. Although there are other border crossings as well, but Estonia has closed its border, so people return through Finland. Unfortunately BBC decided to flip the video and show it as if people were running away from Russia, but how and why is BBC doing so? Is BBC not afraid of being sued for false reporting? Or is BBC not afraid of losing credibility?

First of all BBC is not a monolithic organization. The part of BBC which is spreading false information, or which is lying, is BBC International or BBC World Service. This organization is not regulated by the Office of Communications(Ofcom), which is the main media regulatory authority in UK. So BBC International can lie with impunity, and it is not that such unregulated right to fake journalism is unintentional. This is by design. The BBC at home, which is regulated, tries to adhere to basic rules of professionalism and decency, hence providing a false umbrella of BBC brand, under which BBC International blatantly lies.

We hope one day this world will come to its senses and such shameful display of disregard to human life and intellect will not be practiced. Instead of lying about Russian citizens running away to Finland, BBC might had been better off reporting that last week a death threat was delivered against children at a daycare center in Helsinki, Finland. This daycare center caters for children of Russian parents, who work in Helsinki. But, unfortunately BBC is tasked by its masters to do everything to cover-up all Nazism, fascism, xenophobia, Russo-phobia, and all other growingly negative trends in Europe and the UK. You cannot hide the ugliness of Nazism, by pulling masks of deceit on your Western faces.

What the Western media is doing is continuously lying in an attempt to pump a piece of false information, which could or might create a cascading effect of stirring anti-Russia stances.Let us not take the information provided by these media giants at face-value. Let us do their job and do some research, before debunking this factory of lies, deceit, and hyped up propaganda.