A mesmerizing evening with Anwar Maqsood 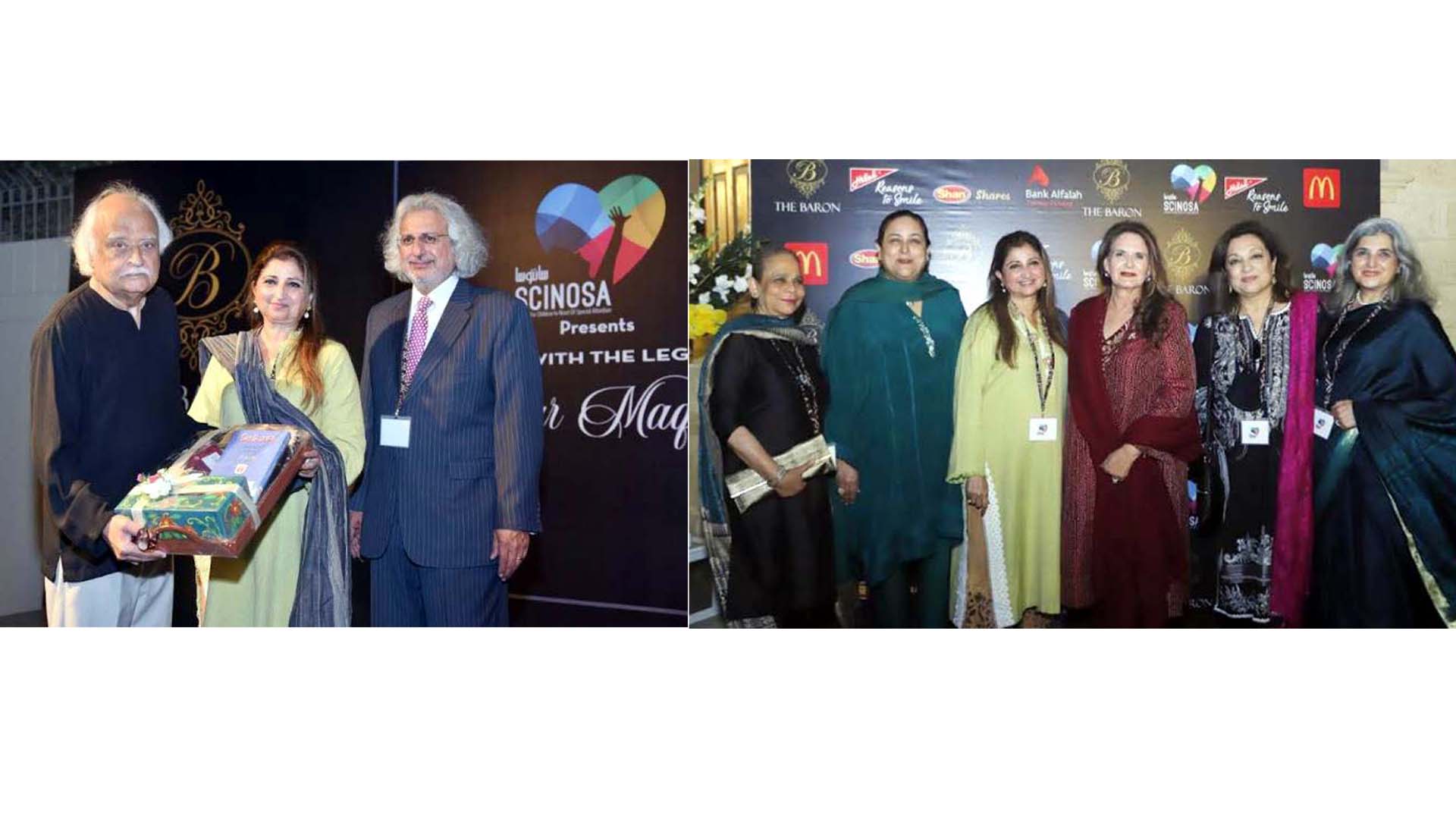 KARACHI, MAR 6 /DNA/ – SCINOSA (School For Children In Need Of Special Attention) held its annual fund-raiser, An Evening With the Legendary Anwar Maqsood, here earlier today. The exclusive event was well-attended by the elite of the city, including the First Lady, Mrs Arif Alvi and the Sindh governor’s wife, Mrs Ismail.

The evening began with a red carpet and welcome drinks and complimentary masks made the children of SCINOSA. The impressive décor and arrangements that had transformed the gardens and foyer area of Indus Valley School of Art and Architecture, left everyone floored from the was hosted by the dashing Fahad Mirza, the ambassador for SCINOSA, who showed a documentary of the school and introduced the living legend. A video of a song written by Anwar Maqsood and sung by the special children of SCINOSA was also played.

Anwar Maqsood then took centre stage and enthralled the audience with his dry humour and witticism. At the end of his monologue the management of SCINOSA thanked him and presented him and their special guests, with gifts made by the students of SCINOSA. Mrs Alvi also spoke on the occasion and assured everyone that the government will support such noble causes in the future.