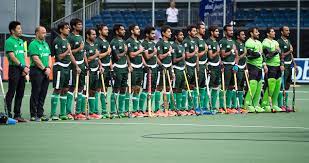 ISLAMABAD, Aug 25 (APP):The International Hockey Federation (FIH) and FIH Hockey Pro League participating nations have confirmed venues to be used for the fourth season of FIH’s global league for national teams ‘Hockey at its Best’ which would run from October 28 to July 5.

A new schedule – based on a series of “mini-tournaments” where several teams would gather in one venue to play two matches against each other – will come into force for this new Pro League season, said a press release.

This format would have a major positive impact on players’ welfare and the environment, thanks to a substantial reduction in the amount of travel needed for each team and the officials.

Another great advantage of this revised format was that it increases the number of dates available for athletes to compete in their domestic leagues and club competitions.

Furthermore, this season would see the implementation of a promotion-relegation principle for the very first time, with the team finishing last being relegated, while the team winning the 2022 FIH Hockey Nations Cup a new event being promoted for the 2023-2024 Pro League season.

FIH CEO Thierry Weil said, “The integration of the promotion-relegation principle will substantially add to the excitement around Pro League. Also, the new format is beneficial to everyone, athletes, National Associations, clubs and fans in particular.”