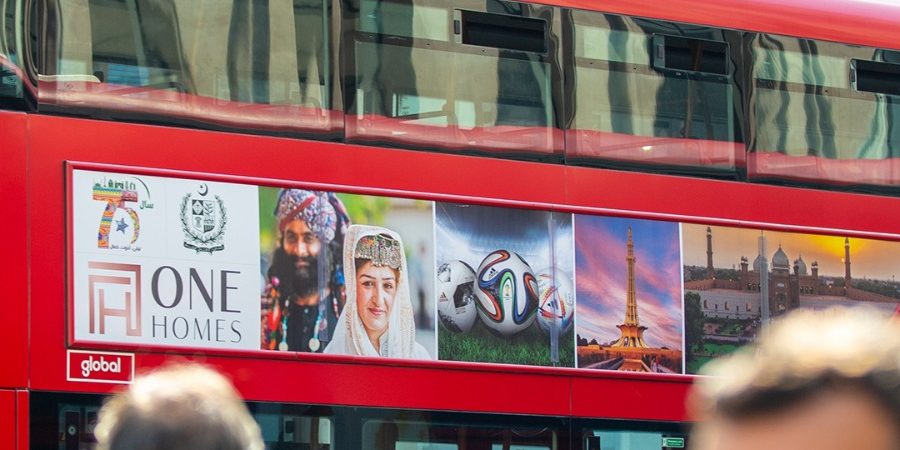 The Brand Pakistan campaign is part of the High Commission’s celebrations of Pakistan’s 75th Independence Anniversary.

The campaign will run on London’s busiest routes including Oxford Street, Edgware Road, Piccadilly Circus and London’s famous Harrods stores, where it is expected to be viewed by more than 10 million people over the course of the campaign.

The month of August is the peak tourism season in London and, hence, the best time to showcase Pakistani culture, history, and tourism potential with its mesmerizing landscapes and some of the world’s highest peaks—rare attractions for the world’s tourists, mountaineers and culture enthusiasts.

Commenting on the campaign, High Commissioner Moazzam Ahmad Khan thanked Mr. Aqib Hassan of ONE HOMES for his support and collaboration with the High Commission in launching the campaign in London. He hoped that the Brand Pakistan campaign would help promote the image of Pakistan through its tourism potential, ancient history, cultural diversity, and economic promise for the world at large.