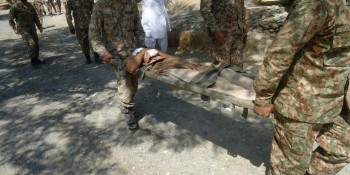 RAWALPINDI, July 03 (DNA): The army troops are engaged in relief and rescue operation in Chitral following the flash flood, said a press release issued by Inter-Services Public Relation (ISPR) on Sunday. According to the statement, as many as five houses of village Ursoon completely washed away and army troops are busy since last night in rescue and relief operation in the village. It may be noted that as many as thirty-one people have died while several others went missing due to heavy rain and flash flood in Drosh areaRead More