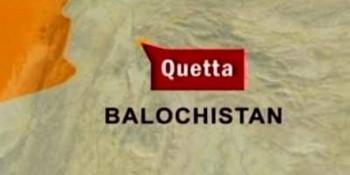 QUETTA: At least one person was killed and four others wounded in a blast near a Frontier Corps (FC) vehicle on Quetta’s Qambrani road on Friday. A police official told media that unknown militants targeted a convoy of FC vehicles through a remote-controlled bomb. The bomb, which was planted on the roadside, was remotely detonated as soon as the FC convoy neared it. At least five people were wounded in the blast who were shifted to Civil Hospital Quetta for treatment. One of the victims succumbed to his wounds duringRead More