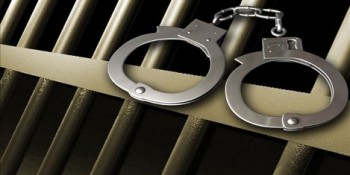 ISLAMABAD, 17 MAY, (DNA) – The special investigation unit (SIU) of Islamabad police has succeeded to bust a gang of six dacoits involved in several incidents of dacoity as well as robbery and recovered three pistols along with ammunition from their possession, a police spokesman said on Sunday. On a tip off, SIU of Islamabad Police raided at hideout of dacoits in sector I-11 and nabbed six dacoits along with weapons red-handed as they were planning for dacoity in the area of Islamabad. The gangsters have been identified as SaidRead More