It’s time to choose, says Poland about war in Ukraine 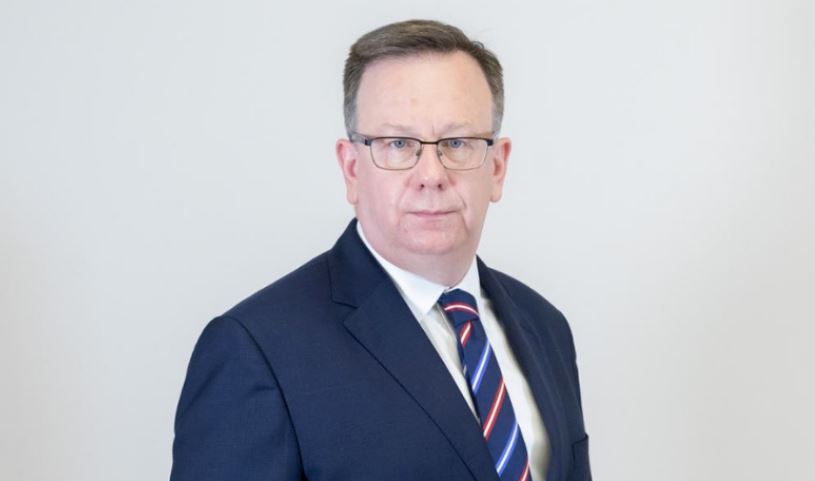 ISLAMABAD: Polish Ambassador Maciej Pisarski on Thursday emphasised the need for world’s united stand against Russian aggression in Ukraine and observed that it was time for Europe’s partners to make the choice between the aggressor and the victim.

The ambassador said: “We are in an exceptional situation when everybody would remember what decision one took under those circumstances, whether he or she sided with the aggressor or the victim. There is rarely such clarity for moral choices as in this situation.”

He stressed the need for “standing united against this aggression” for the sake of an international order based on international law and human rights.

Poland shares a 332-mile border with Ukraine and has emerged as a strategic player in this conflict. It has, moreover, received over 575,000 refugees fleeing the war till Wednesday, which is the largest number among all of Ukraine’s neighbours. Most of the Pakistanis, who were in Ukraine at the time of the start of Russian invasion, were evacuated to Poland. As of Wednesday night, 1,319 Pakistanis had crossed the Polish border from Ukraine.

Poland, which is the largest Nato member in eastern Europe, sees itself at the frontline because of its strategic location. Poles believe that war in Ukraine had brought the Russian threat to their doorsteps.

The ambassador’s remarks come in the backdrop of a resolution adopted by the United Nations General Assembly calling on Russia to immediately end its military operations in Ukraine. A total of 141 countries voted in favour of the resolution, five opposed it and 35, including Pakistan, abstained.

European countries have been uneasy over Pakistan’s stance on the conflict. Islamabad insists it is staying neutral and has emphasised the resolution of conflict through dialogue and diplomacy.

A group of Islamabad-based foreign envoys, mostly from the European Union, had earlier on Tuesday pressed Pakistan to condemn Russia’s attack on Ukraine during the United Nations General Assembly’s emergency session.

Amb Pisarski said: “As diplomatic community, the European Union, Nato members, and G-7 countries we are reaching out to Ministry of Foreign Affairs” for “close consultations”.

“We are involved in a frank and respectful conversation. Given what is at stake, this is a very important conversation,” he added.

In reply to a question, he said the conflict would affect everyone, especially European architecture. Therefore, he emphasised, the stakes were high for Europe.

In his view, the international partners needed to decide “whether we live in a world which is governed by international law and not by rule of power; whether principles like state sovereignty and territorial integrity would be respected or violated at the will of stronger countries; or whether the countries will be able to chart their own future or they would be taught by the neighbours what their future should be”.

Amb Pisarski said these were the fundamental questions that needed to be addressed. He hoped that the international community will uphold the principles of international law — respect for sovereignty and territorial integrity of countries — and oppose the use of military instruments in pursuit of political goals.

Mr Qureshi emphasised the importance of a solution in accordance with relevant multilateral agreements, international law, and principles of the UN Charter.

Mr Borell, meanwhile, shared the EU perspective on the situation and highlighted the impact of the conflict on international peace and security as well as global economy.