Pakistan in strong start against Australia in 1st Test 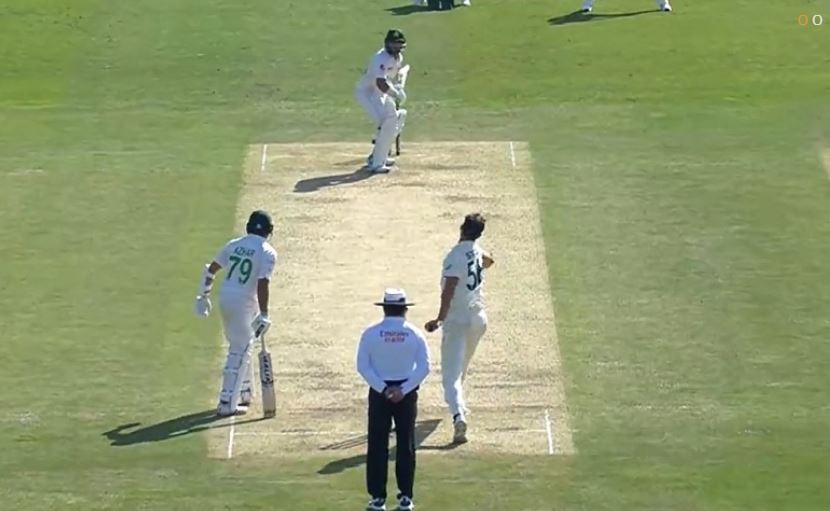 The 26-year-old left-hander struck Australian paceman Mitchell Starc through the covers to the boundary to reach three figures in the final session of play on the opening day after Pakistan won the toss and opted to bat.

Haq reached his hundred in 277 minutes off 220 balls, hitting 13 boundaries and two sixes as a near-capacity 12,000 fans erupted with joy at his achievement.

Pakistan were 192-1 with Haq’s opening partner Abdullah Shafique (44) the only man out. The duo put on 105 for the opening wicket.

Azhar Ali and Imam combined in an unbroken stand of 66 runs in the second session as Australia tried all its bowling resources, including part-time spinners Travis Head and Marnus Labuschagne without success after Pakistan resumed after lunch on 105-1.

Australia seemed to have erred in their selection as they went into the Test — their first in Pakistan in 24 years — with three pacers, a fast-bowling all-rounder and a lone spinner in Lyon.

Australia’s pace bowlers did not take a wicket in the first session, and Lyon was brought in to bowl in the eighth over.

Lyon, who so far has figures of 1-36, turned his first ball sharply and beat the bat for an unsuccessful caught behind appeal off the fourth.

Shafique hit a six in the spinner’s third over, but the very next ball Lyon induced an edge to leg-slip — only to see Travis Head drop a sharp chance with the batsman on 21.

Haq, playing his first Test since December 2019, was solid as he hooked Cummins for his eighth boundary to complete his third 50 in 12 Tests.

Haq, nephew of former Pakistan captain Inzamam-ul-Haq, started his Test career with a match-winning knock of 74 against Ireland in Dublin in 2016. His previous highest Test knock, of 76, came against Australia in Dubai in October 2018. This is his 12th Test.

Before the start of the match, Pakistan Cricket Board Chief Executive Officer Faisal Hasnain said the start of the first is a historic moment in Pakistan’s cricket history, adding that it sends a powerful message to the rest of the world.

“The pitch looks nice so we’ll try to put runs on the board,” Pakistan captain Babar Azam said, predicting spinners would play a key role in the first match of the three-Test series.