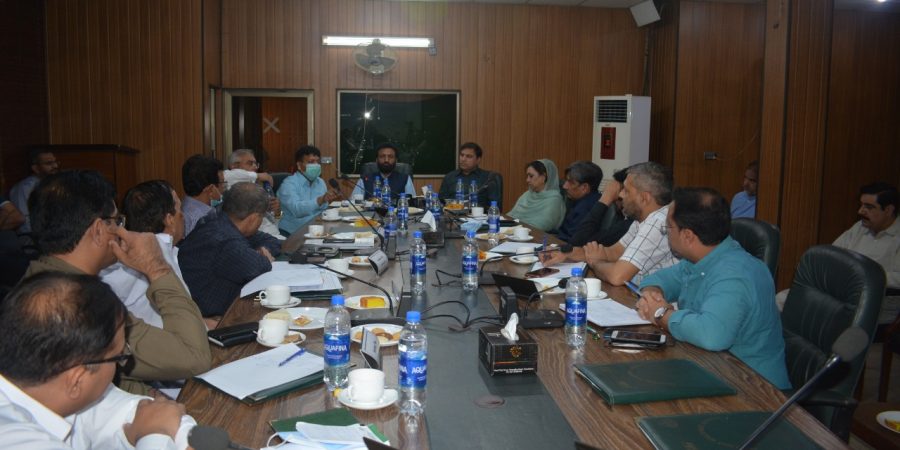 FDA Director General Muhammad Suhail Khawaja welcomed the Chairman Ch Latif Nazar and gave briefing about the proposed plan of construction of houses under Nia Pakistan Housing Programme. He informed planning had been proposed to  construct 864 houses of five marla and 624 houses of three marla categories and 523 kanal land of best location was available in FDA city housing scheme Sargodha road. Giving further details of the project, he told that the better facilities of sewer systems, water supply and development of other infrastructure would be the part of this housing project.

He informed that all technical aspects had been kept under view while devising the design of the housing. He maintained that the estimate of cost of single storey five marla house had been calculated as Rs 3.950 million and Rs 2.60 million of single storey three marla house with careful estimation included cost of land, expenditures of construction and infrastructure development charges.

He added that the proposed project was located at ideal location and the projects of innovative city, science city,Techno park and other advanced projects had also been conceived by FDA on  adjacent land of housing project. He informed that the allotment of the houses would be made by Nia Pakistan Housing Authority under certain terms and conditions after final approval of the project.