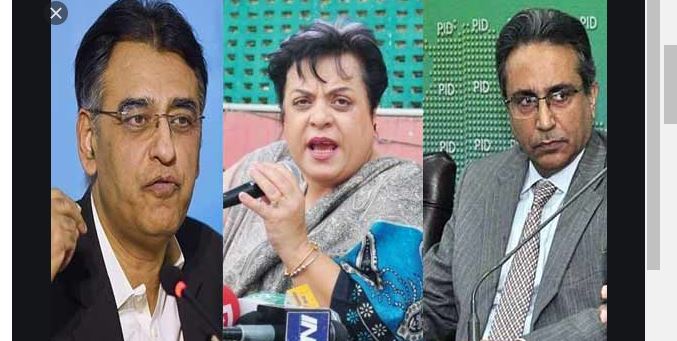 The Prime Minister forbade the ministers from making unnecessary public statements, saying that ministers should not propagate their personal opinions on any matter as they can be wrongly perceived as the government’s official stance.

According to sources, Minister for Planning and Development Asad Umar raised objection over some statements made by Human Rights Minister Shireen Mazari who in reply, complained that he does not allow members to read the meeting’s entire agenda.

On seeing this, Prime Minister Imran Khan and other cabinet members silenced both ministers and the Prime Minister stopped all ministers from making any unnecessary statements. He directed that no minister should give personal opinions, including on religious matters.

During the cabinet meeting, Imran Khan directed to bring the bill for protection of women and children in the Cabinet Committee on Legislation.

Moreover, Minister for water resources Faisal Vawda presented a proposal to lift the ban on import of vehicles, to which the Prime Minister agreed with. =DNA