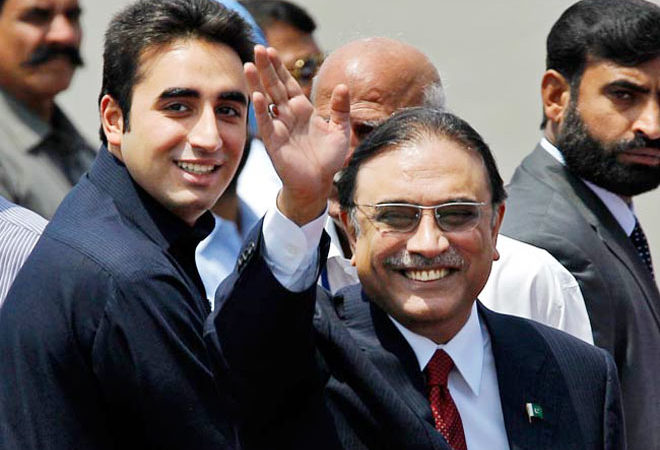 KARACHI, Oct 16 (DNA) – The Pakistan People’s Party (PPP) has taken out what it says will be a historic rally in Karachi today to honour the martyrs of Karsaz, who were killed in a bomb attack on slain prime minister Benazir Bhutto’s homecoming rally nine years ago.

The ‘Salam Shuhuda’ rally is being led by party chairman Bilawal Bhutto Zardari, who has mounted a special bomb-proof truck and is guarded by ‘Jaanisaran-e-Benazir Bhutto (Benazir Bhutto’s loyalists)’. Other leaders of the party are also part of the rally.

“Benazir Bhutto came to Pakistan as ray of hope for the public,” Bilawal said, adding that the 18th October attack was an attack on people’s hopes.

He hailed Karachi as the heart beat of Pakistan, calling it the “Koh-i-noor” in Sindh’s crown. He said he has brought change in Sindh and is bringing changes in the party.

“We will change Pakistan if the public supports us,” Bilawal said to his audience.

The rally started from Bilawal House roundabaout near Clifton, where Bilawal Bhutto addressed the party workers and supporters.

After that, the congregation will pass through the Ranchor Line to reach MA Jinnah Road near Saeed Manzil, from where it will go to the Mazar-e-Quaid.

From Mazar-e-Quaid, the PPP caravan will head forth to Karsaz all the way through Khudad Colony, Shahrah-e-Quaideen and Shahrah-e-Faisal. The PPP chairman will deliver his final speech there to pay homage to the victims of the Karsaz tragedy.=DNA

« Pakistan welcomes desire of regional countries to participate in CPEC (Previous News)
(Next News) Modi terms Pakistan as ‘mothership of terrorism’, asks BRICS leaders to take actions against it »