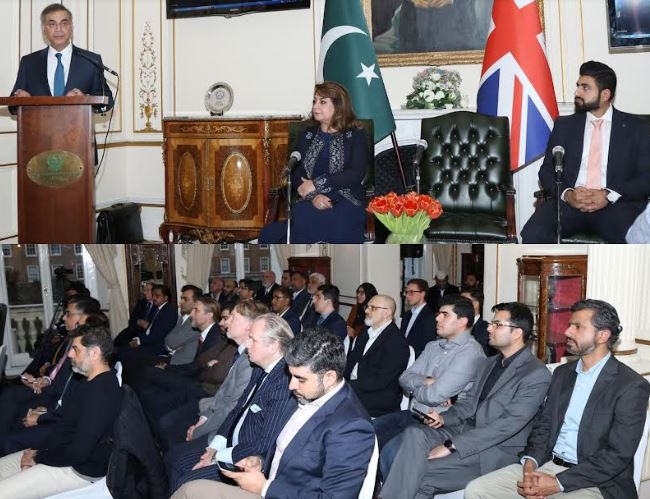 LONDON, MAR 7: /DNA/ – PTEN Tech Summit London was held at the Pakistan High Commission, London on 04 March 2022. Aims and objectives of the Summit were to attract global investments, creation of jobs, and to partner on developing special technology zones and innovation ecosystems.

The panelists deliberated on ways and means to engage with the Pakistani diaspora in the UK and apprise them of the prospects in Pakistan’s tech sector. They emphasized on the importance of connecting stakeholders from the UK’s technology sector with Pakistan enterprises and analyzing the UK tech market to bridge the gap between supply and demand and create productive trade flow.

The panelists were of the view that Pakistan and UK tech sectors complemented each other and there was enormous potential for collaboration. Expressing keen interest in Pakistan, they said Pakistan was ready for investment in its burgeoning tech sector. The experts also considered hurdles in the development of technological trade between the UK and Pakistan and creating solutions to streamline technology trade between the two markets.
In his address, the High Commissioner said Pakistan was a Digital Powerhouse, with an unmatched human resource potential, and a lucrative destination for Venture Capital and Equity investments. Highlighting tech potential of Pakistan, he said Pakistan had over 2000 IT companies & call centers and the number was growing every year. He added that Pakistan had more than 300,000 English-speaking IT professionals with expertise and skill set in current and emerging IT products and technologies.

The High Commissioner shared that Pakistan had 13 Software Technology Parks and more than 20,000 IT graduates and engineers were being trained each year to work on the startups. He further said that in 2021, Pakistan’s Start up sector witnessed its best year to date, raising $ 350 million through 81 deals. The High Commissioner invited the UK’s tech companies to make the most of the investment friendly environment of Pakistan, particularly its incentive-laden tech regime.