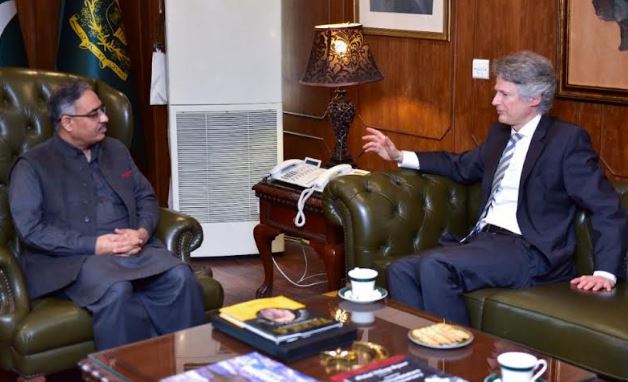 Extending a warm welcome, Foreign Secretary SohailMahmood shared Pakistan’s perspective on a peaceful, stable and prosperous Afghanistan and highlighted Pakistan’s efforts in this regard. The Foreign Secretary underlined that the international community’s sustained engagement and continued assistance would help inaddressing the urgent humanitarian and economicchallenges in Afghanistan.

The Foreign Secretary highlighted that Pakistan had extended full assistance in the evacuation of members of the international community, including diplomats and staff, representatives of international organizations, INGOs, media personnel and others from Afghanistan, since August 2021. He expressed the hope that the situation in Afghanistan would continue to stabilize, providing incentive to Afghan nationals to return to their homeland.

Adding that in the interest of the long-term stability, the international community should consider measures beyond the provision of humanitarian assistance, the Foreign Secretary remarked that a stable Afghanistan would contribute immensely towards economic stability, regional connectivity, and counter-terrorism in the country.

In the bilateral context, the Foreign Secretary noted that the two countries had celebrated the 70th anniversary of diplomatic relations last year. He added that Pakistan and Germany enjoyed close cooperation in diverse fields and bilateral collaboration was expanding in new areas including energy and climate. The Foreign Secretary expressed the hope that the two sides would continue to maintain regular exchange of high-level visits.

Special Representative Wieck thanked for Pakistan’s supportive role in facilitating the evacuation efforts and concurred on the need to stay engaged with Afghanistan to promote the objectives of peace and stability. He expressed satisfaction on the bilateral exchanges and reaffirmed Germany’s commitment to enhance mutual cooperation in all areas of common interest.