Operation Against Encroachments on Government Lands 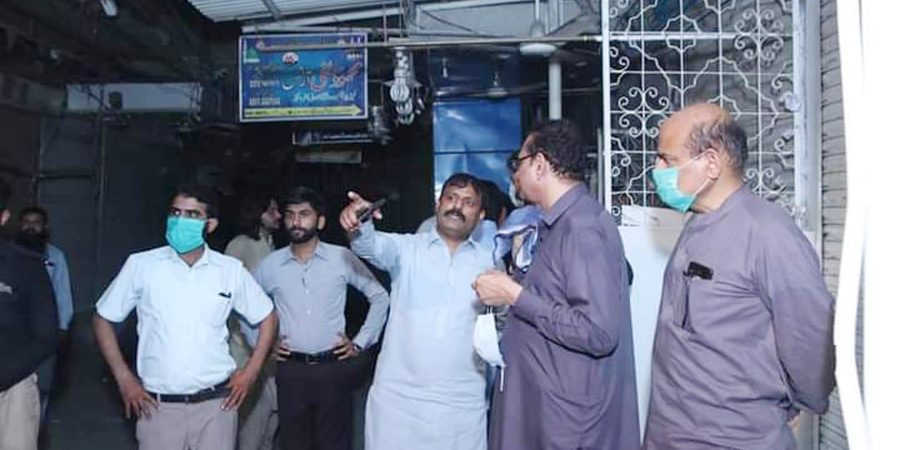 Faisalabad: SEPT 27  – A grand operation led by Assistant Commissioner City Ayub Bukhari against encroachment in Kachehri Bazaar. The operation is being carried out on the orders of the Supreme Court against encroachments The operation is being carried out by heavy machinery in collaboration with the Civil Defense Department, Corporation Police and other agencies. More than 50 shops were demolished during the operation The shops that were demolished were located on government land

The average cost of a demolished shop was Rs.500 MILLION per shop Land worth about was relinquished due to encroachments

Assistant Commissioner AC Syed Ayub Bukhari Told In connection with the orders of the Supreme Court of Pakistan, the operation against encroachments And they say that we have started the operation from Kachehri Bazaar

Will continue until the markets are clear Supervised the operation outside Pakistan Model School near Kachehri Bazaar Gurdwara Gully People who have occupied illegal government space should vacate it themselves If the administration comes to this place and performs the operation, then all the expenses will be incurred The occupier will have to be lifted The people of Lailpur want to see Faisalabad in the same condition as before It is difficult to pass through the markets People have encroached and damaged the beauty of the city Ongoing campaign to free the markets from the occupation mafia and restore them to their original condition When we try to be good people, we become a good nation

And we will not allow anyone to take illegal action.