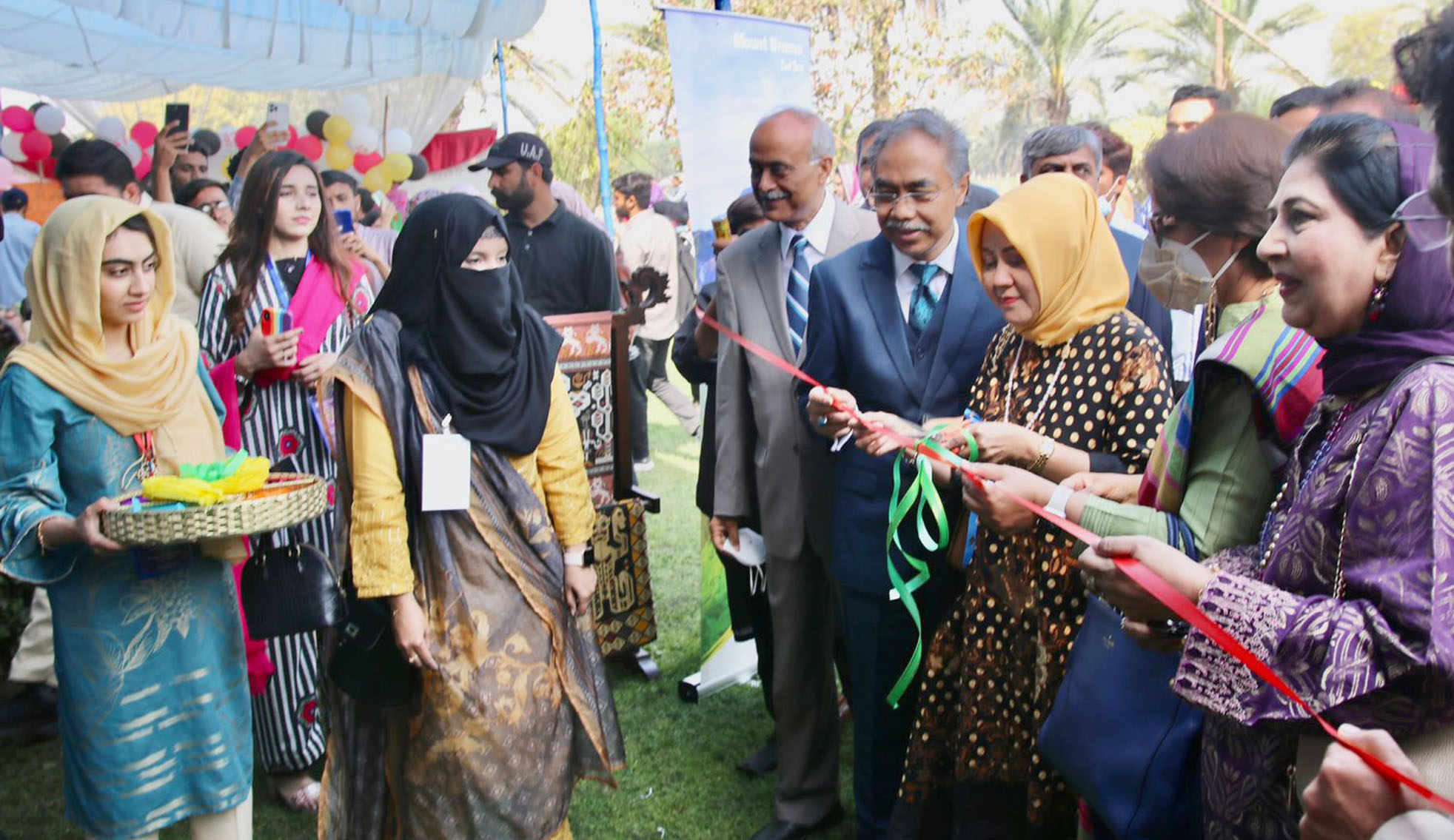 ISLAMABAD: Indonesian Embassy with one of the renowned universities of Pakistan collaborated to conduct a food, nutrition, and cultural festival in University of Faisalabad (UAF). Indonesia was invited as a Guest Country of the 2022 Spring Festival of the UAF celebrated by the Faculty of Nutrition.

The objective of the festival was to further strengthen the ties between the two Muslim brotherly countries Indonesia and Pakistan particularly through showcasing food, cultural dances, tradition, tourism, sports, and music.

Ambassador Tugio paid a visit to food stalls and appreciated the efforts of the students and the variety of tasty food items presented by the UAF students. Ambassador Tugio highlighted, “there are many similarities between Indonesia and Pakistan in terms of history, culture, religion, Culinary, and education system.”

Cultural performances by the Indonesian and Pakistani students were held in the evening. The President Pakistan Pencak Silat federation, Mr. Rana Abdul Majeed along with his students performed Indonesian martial art, “Pencak silat.” Pencak Silat involves a full-body fighting style in which any part of the body can be used and attacked. This style of fighting was originated in Indonesia as a form of self-defense and has since evolved into a competitive sport. The sport eventually has spread to several South Asian countries.

Indonesian students also performed Hadrah art, which is the most popular religious and Sufi music art among Indonesian Muslims. In Hadra, the recitation of Quranic verses and religious poems are performed with musical instruments.

UAF Vice-Chancellor, Prof Dr. Iqrar Ahmad Khan expressed his gratitude to the Indonesian Embassy for providing resources and for the outstanding joined collaboration which has substantially enhanced the cultural ties between two brotherly nations.

Ambassador Tugio informed students about the opportunities available through Indonesia’s scholarship programs, emphasizing that the majority of the universities that give scholarships are among the world’s top 500 universities, according to the QS World University Rankings for 2021.

He also lauded the brilliant young students of UAF for their brilliant performances in food exhibitions, promoting cultural dances, folk singing, and comical drama performances. He also emphasized that Pakistan’s youth have tremendous talent and potential in a variety of sectors. The event ended with the prize distribution to the students who performed exceptionally in the exhibition.

The spring festival co-organised by the UAF and the Indonesian Embassy consisted of two major activities: cultural performances and food festival, and international workshops on the contribution of vegetable oils toward the Sustainable Development Goals. The speakers included Prof. Dr Muhammad Firdaus from the Institute of Agriculture Bogor and Mr. Djono Albar Burhan, MM of the Indonesian Palm Oil Smallholders Association.