Govt given time to explain 262% hike in medicine prices 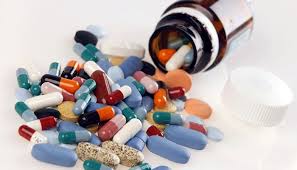 LAHORE : The Lahore High Court (LHC) on Thursday gave the Drug Regulatory Authority of Pakistan (DRAP), the health department and other respondents more time to furnish their comments on a petition challenging the recent 262 per cent hike in prices of essential life-saving drugs.

During the hearing, a lawyer, representing the DRAP, appeared before the court and sought time to submit response to the petition. The court granted his request and adjourned the hearing until October 7.

Earlier, the petitioner stated before the court that rates of essential life-saving medicines have been increased by up to 262 per cent by the Drug Regulatory Authority of Pakistan (DRAP)  in violation of the laws, which has added to the miseries of inflation-hit people. He pleaded with the bench to declare the increase illegal.
BUSINESS, PAKISTAN No Comments »