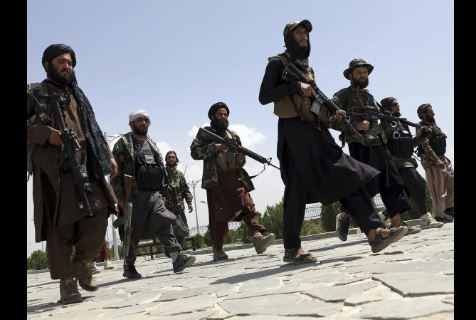 In the light of visible rifts in Taliban’s two main groups, the western world is now insisting on an inclusive government with moderate policies

PESHAWAR: Though the US on the grounds of Girls Education suspended its talks with Taliban through its Doha Qatar based political office, the fact is this, that Emirate Islami Afghanistan is under tremendous pressure of western world for making its government 1) inclusive, 2) avoiding political victimization of rivals, 3) allowing Girls Schooling and 4) respecting HR in according to UN charters.  And for getting the same objectives, western world is giving preference to a government with Mullah Abdul Ghani Biradar as its head.

Couple of days back, a report went viral from Qandahar in which Taliban supreme leader Mullah Bait Ullah Akhund in principle agreed with the proposal of reshuffling the cabinet, established after August 15th 2021 last. However, so far no formal decree was issued in this respect.

Besides, proposing the cabinet with Abdul GHani Biradar, the Taliban leadership also agreed with inducting 15 non-Taliban persons in the cabinet. Most of these non-Taliban are likely be technocrats and highly respectable persons. Some of them have served the previous governments of both President Hamid Karzai and Dr. Ashraf Ghani.

But, Taliban fearing sever reaction from Pakistan as with installation of proposed government under the command of Mullah Abdul Ghani Biradar, the Haqqani’s are likely to lose their influence. The Haqqanis are enjoying lion’s share in Taliban’s civil administration and security forces. Almost entire South Eastern and Eastern zone of Afghanistan is under the command of Haqqanis-who are much more loyal to Pakistan secret agencies, looking after affairs of Afghanistan since a long. Whereas the Taliban’s Qandahari group has already established its influence over Southern and Eastern parts of Afghanistan and now going ahead towards Central and Northern areas.

Whatever might be claims and reaction of Emirate Islami Afghanistan the fact is this that there exists visible shifts in policies of Taliban’s Qandaharis and Haqqani groups towards common people  of Afghanistan. The Qandaharis are patient and tolerant towards all those who either remain part of previous Ghani and Karzai governments or remain in association with Jehadic, religious, progressive and nationalists’ political parties or groups. But the Haqqanis are becoming notorious in violation of Human Rights by picking up rivals, putting them in detentions and even extra-judicial murder of those who have either ordered, lead or participated in security forces operation against those Taliban or resistance groups who have challenged the US led allied forces after 9/11 tragedy. Similarly, the Qandaharis allowed women to go colleges and universities but the Haqqanis are discouraging women in higher education institutions. Similar is the position of women who are working in offices.

In the light of visible rifts in Taliban’s two main groups, the western world is now insisting on an inclusive government with moderate policies. Similarly western world is also unhappy with growing influence and interference of Pakistan in internal affairs of Afghanistan. Common Afghans who have abandoned homes either before or after empowering of Taliban are also welcoming such proposals of western world. These Afghans are against fuelling of internal hostilities amongst the Afghans or interference in internal affairs of Afghanistan from abroad.

No one can deny the fact that former President Hamid Karzai had made a valuable contribution by restoring centralized authority of Afghanistan, gifting an acceptable constitution, parliament and Presidential form of democracy. Even he had discouraged the war-lords and self styles of commandership. But his only failure was “encouraging political trends by promotion of political party system. Similarly Dr Ashraf Ghani was so keen to ends corruption and corrupt practices, nepotism and misuse of offices. But he was completely helpless before the so-called Northern Alliance- an alliance of Non Pushtoons who were reluctant in recognition of Pushtoons as majority of Afghanistan. Even time and again war lords like Rashid Dostam and followers of Ahmad Shah Masud went on revolt against Kabul even during Hamid Karzai regime. But Karzai had tactfully handled the situation whereas Ghani didn’t.

However, after Hamid Karzai, interference in affairs of Afghanistan was expedited when Dr. Ashraf Ghani assumed the office. Besides, neighboring countries increasing interference, no other than the US had forced Ghani to share power with defeated Dr. Abdullah Abdullah. Similarly no other than the US is responsible for not only encouraging Taliban by recognizing as a most powerful faction through so-called Doha Qatar accord but also allowing them to capture power in first half of August. And now like 90’s, Afghanistan is no more suitable or safe for its own kids. It is the time for US led allies and European Union to realize their responsibilities at this crucial stage and let the people from Afghanistan decide their future according to their own rich Afghan traditions.