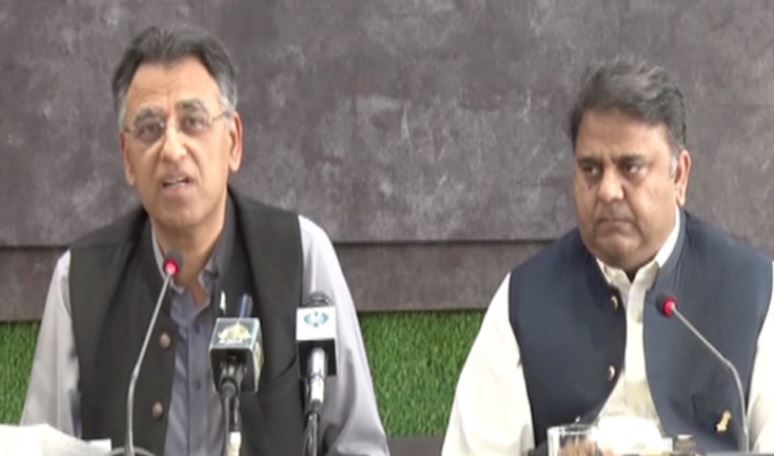 ISLAMABAD, MAR 29: Prime Minister Imran Khan is ready to share a letter — that he claimed during the PTI’s March 27 rally contained evidence of a “foreign-funded conspiracy” to topple his government — with Chief Justice of Pakistan (CJP) Umar Ata Bandial, federal minister Asad Umar said on Tuesday.

Addressing a press conference in Islamabad alongside Information Minister Fawad Chaudhry, Minister for Planning and Development Umar said he had seen the letter himself, adding that if someone had doubts, the “prime minister is ready … he thought we can share with the chief justice of the Supreme Court.”

“Obviously, it is the highest office of justice in Pakistan, it is a huge position that has respect in this country. Personally too, the chief justice has a very good reputation. The prime minister said that on the nation’s behalf, if necessary, and for the people’s satisfaction, he is ready to present the letter to the chief justice of the Supreme Court.”

The minister said the letter was dated prior to the tabling of the no-confidence motion in the National Assembly.