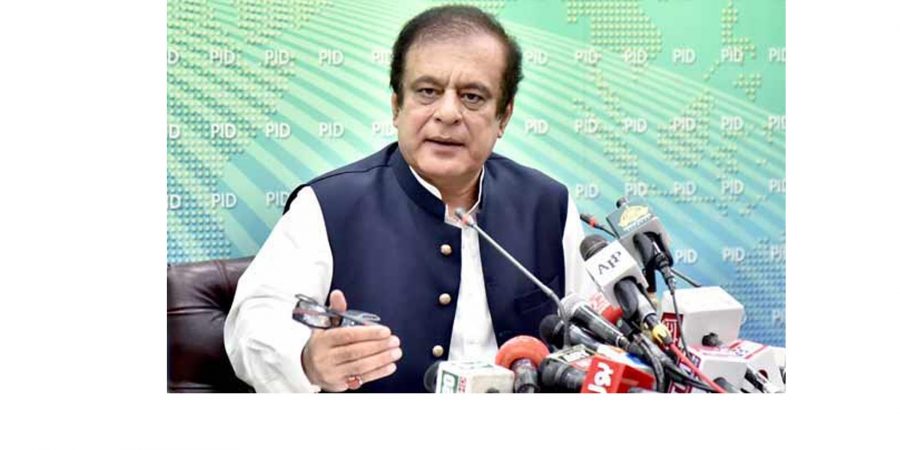 ISLAMABAD, SEP 22 (DNA) – Federal Minister for Information and Broadcasting Shibli Faraz has said that Nawaz Sharif fled the country under the fake pretext of falling health, his money laundering has caused immense damage to Pakistan.

According to details, a Federal Cabinet meeting was held in Islamabad, under the chairmanship of Prime Minister Imran Khan, in which a 17-point agenda was discussed.

Babar Awan and Shahzad Akbar briefed the meeting on the draft of women and children protection bill. The Prime Minister directed that the bill should immediately be brought before the Cabinet Committee on Legislation.

Briefing the media after the meeting, Federal Minister for Information and Broadcasting Shibli Faraz said that the Cabinet has reviewed the laws on sexual abuse and work is underway on strengthening these laws. Criminals in rape cases should be severely punished unlike in current laws, where they find space to save themselves.

He said that all considerations have to be made during legislation, if Abid Ali had been severely punished in 2013, he would not have committed such a crime again. There are loopholes in the law but we are working to plug them, he added

Talking about the All Parties Conference, he said, “We are not concerned about it, the APC had the same old rhetoric, just more venomous”. He said that Nawaz Sharif has been Prime Minister three times, but since this time he was rejected by the voters, he’s blaming the Election Commission. =DNA