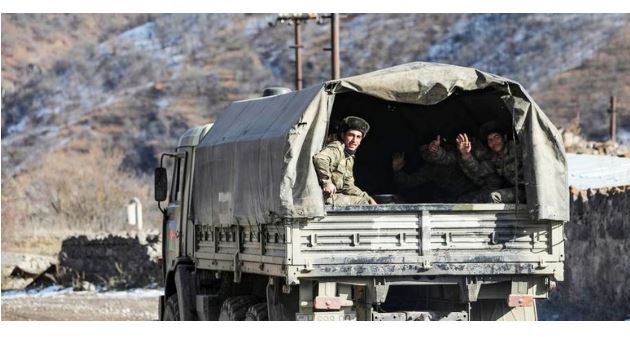 BAKU, NOV 17: At least seven Azerbaijani soldiers were “martyred during combat operations” on the Armenian border on Tuesday, Azerbaijan’s Defense Ministry has said.

In a statement on Wednesday, the ministry said 10 other soldiers were also injured during the operations.

“The situation on the Azerbaijani-Armenian state border has stabilized since the evening of November 16,” the statement read. “The provocation and military adventurism committed by Armenia on the state border completely failed …”

In response, the Azerbaijani army launched an emergency operation, a statement said, adding that the movement of Armenian forces was blocked.

Relations between the former Soviet republics of Armenia and Azerbaijan have been tense since 1991, when the Armenian military occupied Nagorno-Karabakh, also known as Upper Karabakh, a territory internationally recognized as part of Azerbaijan, and seven adjacent regions.

The fighting ended with a Russia-brokered agreement on Nov. 10, 2020.

During the 44-day conflict, Azerbaijan liberated several cities and 300 settlements and villages that were occupied by Armenia for almost 30 years.