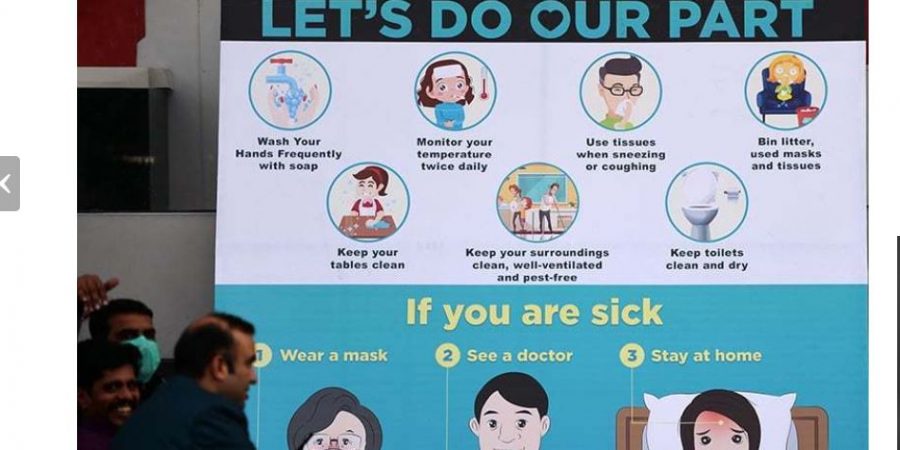 ISLAMABAD: The capital recorded its highest rise in Covid-19 cases this month with 74 more patients reported on Sunday. The number is more than twice the total number of cases reported in the Khyber Pakhtunkhwa province the same day.

Five doctors at the Pakistan Institute of Medical Sciences (Pims) have also contracted the disease since outpatient departments reopened on Aug 20. The hospital has postponed the opening of private wards.

Deputy Commissioner Hamza Shafqaat has attributed the increase in cases partly to an increase in testing. There were 4,500 Covid-19 tests carried out on Saturday, Sept 26, and the random sampling of people entering Islamabad from the provinces has also been carried out.

He said cases have also increased because of the opening of schools and commercial centres and the resumption of other social activities.

However, he said it was incorrect to attribute the rise in cases to Muharram.

According to data from the Ministry of National Health Services (NHS), there were 74 Covid-19 cases reported in Islamabad on Sunday. Prior to this, the highest number of cases reported this month was 46 on Sept 18.

In July, Islamabad reported more than 700 new cases in one day. Mr Shafqaat said that although it appears as if there has been a sharp increase in new Covid-19 cases, the test-positivity ratio remains below 1pc.

“The fact is that we conducted 4,500 tests on Saturday, which was a record for the whole country in terms of population. As random sampling of people entering in the city has been started, out of 75 cases as many as 30 were reported amongst people who were entering in the capital from Punjab, KP and other parts of the country,” he said.

“We hope that the number of cases will be controlled in the coming days, as all possible steps are being taken and rigorous testing is being done,” he added.

Pims Joint Executive Director Dr Minhajus Siraj told Dawn that five doctors have been diagnosed with Covid-19 since outpatient departments opened on Aug 20. He said there are also nine more patients admitted to the hospital.

Dr Siraj said the decision to open private wards on Sept 25 was postponed because of the increase in Covid-19 cases.

“We have 30 beds in the private ward and 38 beds in the intensive care unit which will be used for Covid-19 patients if the number of cases increases,” he said.

Dr Siraj said that primary schools will open on Sept 30, and since the coronavirus has an incubation period of around 10 to 11 days, the situation will become clearer by Oct 15.

A Covid-19 patient died on Sunday while 10 more people tested positive for the disease and 16 recovered.

A 65-year-old from Gujar Khan was brought to Fauji Foundation Hospital with difficulty breathing Saturday night and died on Sunday.

At least 6,972 people have been diagnosed with Covid-19 in Rawalpindi district in the last six months. Of them, 287 people have died and 6,540 have recovered.

There are a few serious patients who are in hospital, as two wards in the Holy Family Hospital and Benazir Bhutto Hospital are accommodating suspected Covid-19 patients.

Currently, 12 Covid-19 patients are admitted to the Rawalpindi Institute of Urology, of which half are from outside the district. Another 133 patients have chosen to isolate in their homes; most of them got tested for the disease at private laboratories. Health authority officials have been checking on patients at home in selected areas.

Local administrations have also claimed that 452 people are in quarantine, but no houses or streets have been sealed in the last two months.

According to data from the Rawalpindi division, 8,385 people have tested positive for Covid-19 since March including 6,972 in Rawalpindi, 627 in Attock, 490 in Jhelum and 251 in Chakwal.

Commissioner retired Capt Mohammad Mehmood told Dawn that the number of Covid-19 cases in the division is not increasing as only 10 more people have been diagnosed, all of whom are from Rawalpindi.

He said the provincial government has asked that attention be given to the care of confirmed patients. All 12 of the patients admitted to hospital in Rawalpindi are stable, he added.

He said there are 14 confirmed Covid-19 patients admitted to hospitals in the four districts while 147 patients are isolated in their homes with no symptoms.

He added that the government has asked for an awareness campaign to be launched in public areas so that people take precautions to limit the spread of Covid-19.