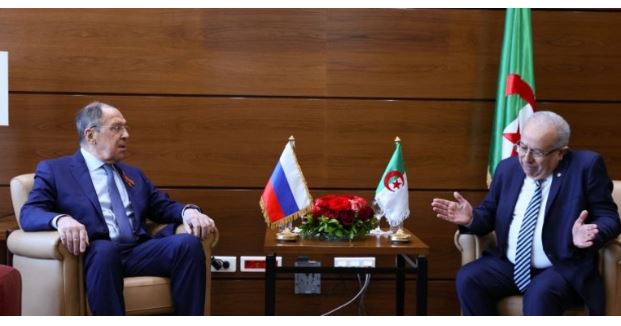 Lavrov told Lamamra that Moscow supported “an initiative by our Algerian friends to draw up a new interstate strategic document which will reflect the new quality of our bilateral partnership”, according to the Russian foreign ministry.

“Our political dialogue is developing actively, as is our economic, military and technical cooperation and humanitary and cultural ties,” he added.

His visit is the first since January 2019 and comes as the two countries mark the 60th anniversary of their establishment of diplomatic relations.

Algeria is a major gas supplier to Europe, providing 11 percent of its imports, compared with 47 percent from Russia.

Italy, Spain and other European Union member countries have looked to Algeria as they have sought to cut their dependence on Russian oil and gas since the February 24 invasion of Ukraine.

Russian President Vladimir Putin held telephone talks with his Algerian counterpart last month on “coordination within OPEC+ as well the situation in Ukraine”.

OPEC+ is a forum that brings together the OPEC oil cartel with allied producers led by Russia in managing output and prices.

But industry experts say Algeria lacks the infrastructure and spare capacity to raise gas exports to replace Russian supplies in the short term, something the government has stressed repeatedly as it seeks to avoid offending its longtime ally.