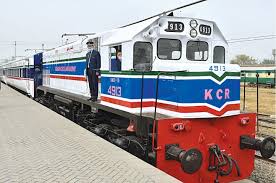 KARACHI, Nov 21 (DNA): Federal Minister for Planning and Development
Asad Umar has said that the progress has been made on all four projects
of the federal government including Karachi Circular Railway (KCR) under
Karachi package.

Asad Umar, while addressing a press conference along with Sindh Governor
Imran Ismail today, said that the progress details of Karachi package
will be presented before Prime Minister Imran Khan soon.

While highlighting the federal government’s efforts for Sindh citizens,
he said that the deserving families have been provided assistance
through a relief package worth Rs200 billion. He added that the relief
package was aimed to provide financial relief to the people of Karachi
and Sindh.

To a question regarding the islands, the federal minister said that
talks are underway with the provincial government to resolve the issue.

Regarding the KCR project, Asad Umar said that the restoration work of
the project has commenced.

Sindh Governor Imran Ismail said that the revenue from islands will be
given to the Sindh government and $50 billion investment is expected for
the islands. He said that the government completed a project and laid
the foundation stone of another project which would be completed with
the cost of Rs2.25 billion.

He announced that the Green Line Bus Rapid Transport (BRT) project will
be inaugurated between July and September next year. He said that the
development work on different projects of the federal government is
continued and a consultant was hired for the K-IV project. He added that
other lines would be made operational in Karachi after the commencement
of Green Line.

Imran Ismail said that PM Imran Khan thinks about the Karachi and
meetings were held every week to discuss the projects. He said that the
Centre will address the reservations of the Sindh government regarding
its islands.

Commenting over the Kashmore incident, Ismail said that it was a
horrible crime and praised the performance of police department where an
assistant sub-inspector (ASI) and his daughter risked their lives to
recover the abducted minor girl.

He said that PM Imran Khan appreciated the ASI’s bravery and it will
definitely increase the moral of the Sindh police. The governor said
that the criminals involved in minor rapes will not be given punishment
less than death sentence soon. DNA