Prisoner dies after power cut off at Larkana Central Jail 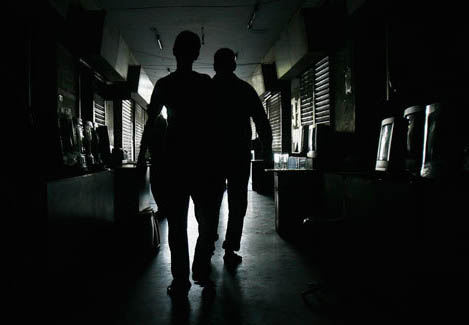 LARKANA, July 01 (DNA): One prisoner has died and another five inmates have been admitted to jail ward after electricity supply was cut off since the last four days at the Larkana Central Jail.

According to details, the Sukkur Electric Power Company (SEPCO) has terminated the electricity supply of the central jail after outstanding dues amounting to Rs. 20.75 million. There were negotiations between the the jails officials and SEPCO, but electricity could not be restored due to the non-payment of the necessary arrears and the talks remained inconclusive.

On Friday, six prisoners fell unconscious due to extreme heat. Five of them were admitted to jail medical ward, while one prisoner identified as 55-year-old Yusuf Soomro was taken to Chandka Medical College but he died on the way.

According to jail officials, Yusuf was a convict in a murder case. They said that the termination of electricity has severely affected the conditions of prisoners at the jail. The jail is overcrowded as it is beyond its maximum capacity of 650 prisoners and currently accommodates 951 of them. DNA