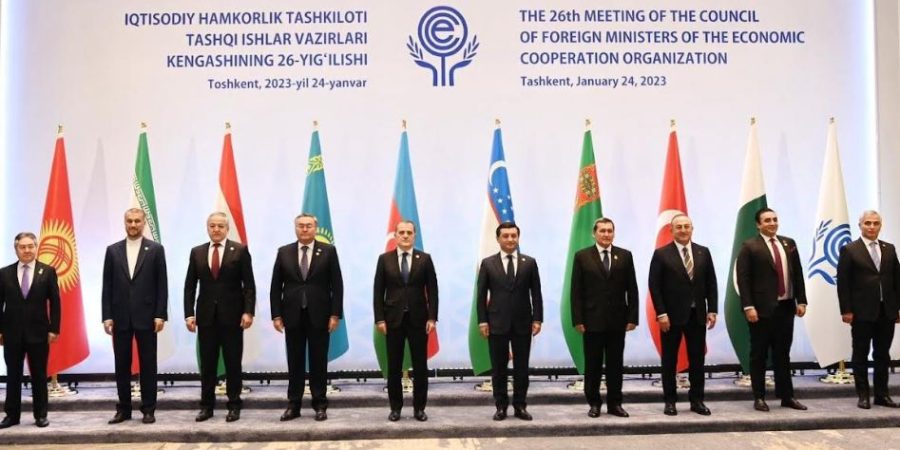 ISLAMABAD, Jan 24 (DNA): Foreign Minister Bilawal Bhutto Zardari on Tuesday said as a founding member, Pakistan had been and would remain in the forefront of shaping the ECO’s agenda as collective and coordinated efforts could realize the true potential of the region.

“We have full faith in ECO’s bright future. We shall leave no stone unturned in helping ECO ensure its realization. We urge ECO member states to closely coordinate their policies to minimize adverse impact of the current global economic crisis,” the foreign minister said addressing the 26th ECO Council of Ministers held in Tashkent.

He said Pakistan wished to see the ECO region transform into a prosperous trading bloc that stimulated and promoted industrial growth, and reduced and eventually eliminated tariff and non-tariff barriers to promote free trade within the region and become a factor of global peace, stability and prosperity.

Felicitating Azeri Foreign Minister Jeyhun Bayramov on assumption of the chairmanship of the Council of Ministers, Foreign Minister Bilawal Bhutto said Pakistan viewed the ECO as an important platform in the region and to strengthen ties among the member states.

“ECO was founded with high hopes and great ambitions. The Treaty of Izmir envisaged a closely knit fraternity of member states in an integrated, interconnected and prosperous region. A region integrated through means of free trade, infrastructure and energy connectivity and collective well-being of the peoples of the region.”

He called for realizing the objectives of the Treaty of Izmir and harnessing the ECO’s full potential, and emphasized that contemporary times presented opportunities and challenges which could best be tackled through a holistic approach.

“We are meeting at a time of profound global transformation and challenges. From a global economic recession as a result of post-COVID aftershocks challenging the very foundations of world financial and economic architecture, to the spectre of extremism, militancy, terrorism and Islamophobia. Natural disasters, climate change and poverty affect today and unfortunately ECO countries are at the heart of these cataclysmic phenomena,” he remarked.

Apprising the international gathering of the devastation caused by the floods in Pakistan, the foreign minister said, “It was a monsoon of biblical magnitude; ‘Monsoon on Steroids’ as was described by the UN Secretary General, with a mix of flooding and also Pakistan has largest number glaciers outside of polar region these glaciers are melting at a rate three times higher than the global average. Our forests are burning; while more heat waves are expected.”

He said the impacts of the floods had emerged as the biggest emergency in Pakistan; not the COVID-pandemic at the moment.

According to the World Bank, Pakistan had lost some $30 billion as a result of the floods, and its urgent priority right now was to ensure rapid economic growth and lift millions out of destitution and hunger, he added.

Bilawal welcomed the proposal of the Republic of Uzbekistan for establishment of a High-Level Dialogue Platform on Environmental Cooperation within the framework of ECO, calling it a “very opportune and sagacious” decision to take a collective approach to address the issues that concerned all the ECO members as well as the region.

He said the ECO region, comprising eight million square kilometres and half a billion population – roughly 15% of the world population, carried a share of only 2.2 % in global trade. Moreover, the intra-regional trade, which was less than 8% of the region’s aggregate, was in stark contrast to other regional groupings such as the European Union where the intra-regional trade stood above 70%.

As the coordinating country on the ECO Trade Agreement (ECOTA), the foreign minister said Pakistan attached great importance to its early implementation and hoped that tariff concessions would take effect soon.

He said connectivity through development of road and rail projects, liberalization of visa regimes and simplification of border procedures would not only address the intra-regional requirements of energy and enhancing intra-regional trade, but it would also enable the ECO countries to act as a bridge and create mutual inter-dependencies.

Foreign Minister Bilawal told the gathering that Pakistan, itself being a victim of terrorism, reiterated desire to see peace taking root in Afghanistan, which had suffered for decades due to war and instability.

“At this critical juncture, pushing the Interim Afghan Government into isolation would further aggravate the suffering of the ordinary Afghan; history has taught us that engagement and dialogue are the only sustainable pathways that lead to desirable outcomes whereas isolation breeds resentment and instability.

“The international community needs to respond positively and urgently to the UN Secretary General’s appeal for US $ 4.2 billion in humanitarian and economic assistance to Afghanistan and explore ways and means to revive its banking system,” he added. 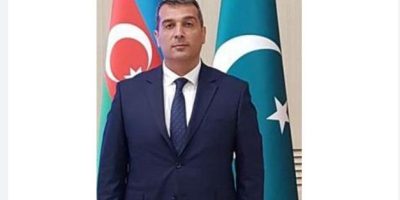 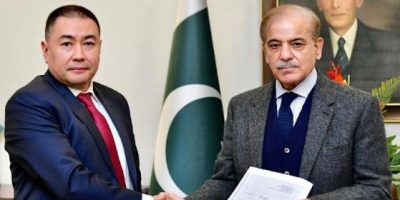