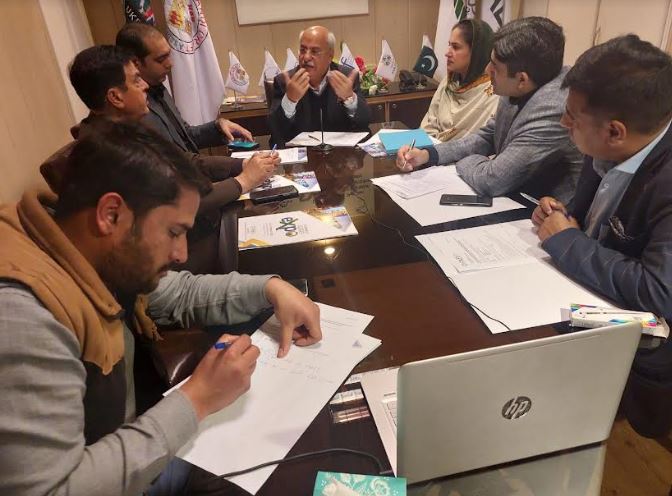 ISLAMABAD /DNA/ – The first meeting of Pakistan Association of Industry held under the chairmanship of Khurshid Barlas The meeting discussed the rules and regulations of the organization and suggestions about funtioning of Association.The meeting was attended by Senior Vice Chairman Emad Rashid, Vice Chairman Fahad Waheed, Saadia  Ziai, Shamriz Iqbal, Aminur Rehman and other officials.

Saadia Ziai, Shamriz Iqbal, Amin-ur-Rehman and Rehan Tariq participated.  The meeting, under the virtual online zoom, decided  the future course of actions.  The purpose of the  operation is to increase the import and export of Pakistan, trade, industries, SMEs, whatever role the organization can play, the problems facing the organization and their solutions.  Suggestions were also discussed. In consultation with all the members and the next course of action was decided.

Thanking the Senior Vice Chairman to all the executive members, he said that the association would play a significant role in Pakistan’s trade and would play a positive role in increasing Pakistan’s imports and exports in the days to come.