Pakistan’s desire to play a strategic and logistic role in the Eurasian energy market linking transit corridors and pipelines. Pakistan is interested in reviving its project with Iran. Furthermore, Pakistan wants partnerships with Russian companies in the oil and gas field as well as with Uzbekistan to promote science and technology linkages and cooperation between the youths to benefit the people of the two countries.

Pakistan is the world’s eleventh-largest importer of liquefied natural gas (LNG). We have an extensive gas pipeline system of more than 100,000 km for domestic distribution. As imports of LNG are way more expensive than supplies through regional pipelines, Pakistan is looking forward to realizing several infrastructural projects with neighboring countries.

Pakistan has a plan to build a pipeline to import Iranian gas in Pakistan but due to hold sanctions imposed on Tehran it’s still pending. Pakistan wants to renew the Joint Comprehensive Plan of Action (JCPOA) to resume its project with Tehran. It would be cheaper than importing LNG as it will be “next door”, benefiting the Pakistani economy.

Pakistan is involved in the Turkmenistan-Afghanistan-Pakistan-India (TAPI) pipeline. The project was delayed after the fall of the Ghani government in Afghanistan. The Islamic Emirate, which took power in the country, showed interest in reviving the project, and the Kremlin suggested that Russia might support it (Russian companies’ interests in Afghanistan as well as TAPI).

Pakistan and Uzbekistan want to promote science and technology linkages and cooperation between the youths to benefit the people of both countries. Both countries want to collaborate in education, culture, security, and defense and reiterated their commitment to continue pursuing common goals of economic development. Both countries want to have strong bilateral ties and desire to promote multifaceted cooperation in all spheres, including political, trade, economic, defense, security, connectivity, education, and cultural exchanges. Both countries focus on connectivity for boosting tourism and people-to-people exchanges.

There will be joint declaration i.e.  ‘Next Steps in Strategic Partnership between Pakistan and Uzbekistan’ as well as a memorandum of understanding and agreements in multiple areas. The signing of the Preferential Trade Agreement (PTA) would open new avenues for enhancing bilateral trade and action plan of practical measures (road map) to develop cooperation in security.

Pakistan aims to become a regional transit hub for energy, and bilateral trade to develop infrastructure and become a link between Asia and Europe with Long-Term Investing, Infrastructure, and Development. To Focus on Geo-economics.

and international Security. Pakistan is developing its infrastructure to become a corridor for Eurasian markets all across the world. 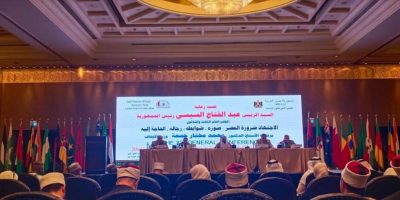