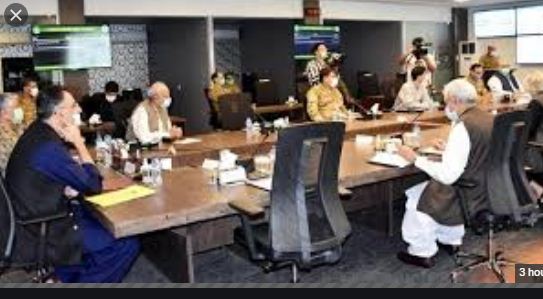 ISLAMABAD, JAN 27 (DNA) –The National Command and Operation Centre (NCOC) has decided to reopen varsities across the country from February 1 which was shut due to the spread of COVID-19 during its second wave.

A session of the National Command and Operation Centre (NCOC) was held under the chair of Asad Umar today which was attended by Special Assistant to Prime Minister on Health Dr Faisal Sultan, Education Minister Shafqat Mahmood, health secretary, DRAP head Dr Asif Rauf and others senior officials.

During the session, the participants were apprised regarding the COVID-19 cases in the educational institutions and the implementation of the standard operation procedures (SOPs).

The stakeholders were also consulted during the session regarding the complete resumption of academic activities in the educational institutions. After holding consultations, the NCOC decided to reopen varsities across the country from February 1.

Earlier on January 4, a meeting of education ministers had decided to reopen educational institutions across the country in a phase-wise manner with classes nine to 12 resuming in the first phase on January 18.

Federal Education Minister Shafqat Mahmood had announced that classes one to eight will resume from January 25 in the second phase whereas universities and other higher education institutions will resume on-campus sessions from Feb 1.

It had been decided that board exams that were due in March and April will now be held in May and June as the children have not yet completed their courses and need time to prepare. =DNA