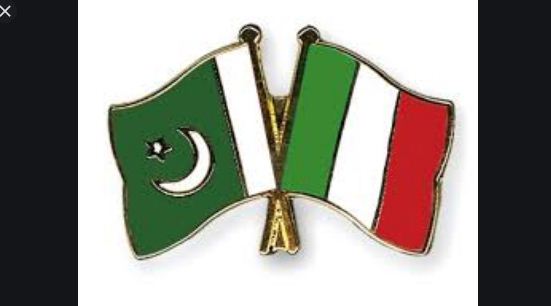 Agreeing that Pakistan and Italy have exemplary relations based on mutual trust and principles of cooperation, the two sides resolved to further expand the relationship in all dimensions.

Foreign Secretary expressed condolences over loss of lives in Italy due to Covid-19 and commended the efforts of the Italian Government in containing the pandemic. He briefed his counterpart on the measures taken by the Government of Pakistan to control the second wave of Covid-19, while saving lives, securing livelihoods, and stimulating the economy. The two sides exchanged views on the socio-economic impact of the pandemic and discussed ways of mitigating the adverse effects.

The Foreign Secretary also briefed the Italian side on the vast investment opportunities and avenues in Pakistan and assured that Italian companies and investors will be fully facilitated in all sectors. He thanked the Italian side for its support on GSP Plus status for Pakistan with the European Union. The Foreign Secretary emphasized the need to increase business-to-business interface as soon as the Covid situation subsides.

The Foreign Secretary highlighted the importance of strong Pakistani diaspora in Italy, which acts as a bridge between the two countries. He appreciated Pakistan’s re-inclusion in the seasonal visa program and non-seasonal work visas and stated that the two sides should work together to streamline matters related to migration.

The Foreign Secretary briefed on the grave human rights situation in Indian Illegally Occupied Jammu & Kashmir (IIOJK) and the attempts to change the demographic structure of the occupied territory. He stressed that the international community must take full cognizance of the deteriorating situation in IIOJK and support peaceful settlement of Jammu and Kashmir dispute in accordance with relevant United Nations Security Council (UNSC) Resolutions.

With regard to Afghanistan, the Foreign Secretary underlined that there was no military solution to the conflict and that a negotiated political settlement was the only way forward. He highlighted Pakistan’s positive contributions to the Afghan peace process and stressed the importance for the Afghan stakeholders to seize this historic opportunity to secure durable peace and stability in Afghanistan. The Foreign Secretary underlined the need for reduction of violence leading to ceasefire and the imperative of an inclusive, broad-based and comprehensive political solution through an Afghan-led and Afghan-owned process.

The Foreign Secretary congratulated Italy on assuming Presidency of G-20 and co-Presidency of COP-26. The two sides expressed satisfaction on existing strong cooperation at international fora, in particular at the United Nations, including on the issue of Security Council Reforms. They agreed to work together to further deepen mutual cooperation in the multilateral arena.

The next round of Bilateral Political Consultations will be held next year on mutually agreed dates.