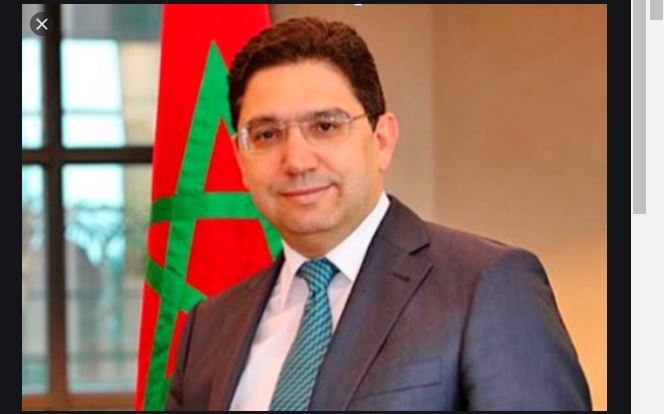 RABAT, OCT 25 – Morocco supports the ceasefire agreement between the Libyan parties, which represents a “very positive development” and “very good news”, said Minister of Foreign Affairs, African Cooperation and Moroccans Expatraites, Mr. Nasser Bourita, on Saturday.
The Kingdom congratulates the Libyan parties for this agreement as well as the United Nations for this “new achievement” and calls on all parties to respect its provisions, which are likely to create a favorable climate to move forward on the path of a political solution, Mr. Bourita pointed out at a joint press briefing with the Speaker of the Libyan House of Reresentatives, Aguila Salah, following a bilateral meeting.
Mr. Bourita underlined on this occasion the link between what is happening on the ground and the progress made in the ongoing political discussions, highlighting the positive dynamics recorded at all levels, both in terms of political dialogue, of the application of article 15 and of the ceasefire, “which is very encouraging”.
Thanks to its format and approach, the Libyan Dialogue held in Bouznika was a “qualitative progress” as it brought together Libyans, far from any foreign interference, who decided for themselves on the composition of the delegations, the agenda and the rules of dialogue as well as its results, he said.
The conclusions of this dialogue confirmed the conviction of His Majesty King Mohammed VI, May God Assist Him, that Libyans are able to solve their problems on their own and that they enjoy a sense of patriotism and responsibility which can help them overcome all obstacles and achieve a solution to this crisis, Mr. Bourita pointed out.
Morocco, he added, appreciates all the positions and initiatives undertaken by the Speaker of the Libyan House of Representatives, which have created a positive dynamism in favor of the resolution of the crisis which has affected the Libyan people for years, his positive interaction, from the start, with the Libyan Dialogue hosted by Morocco in Bouznika, as the first meeting between the Libyan High Council of State and the Libyan House of Representatives having given positive results, as well as his full support and follow-up to the sessions of this dialogue as well as to its positive conclusions.
Mr. Bourita underlined that the visit to Morocco of the Speaker of the Libyan House of Representatives is part of the regular contact of Morocco with the Libyans, in accordance with the instructions of His Majesty the King, May God Assist Him, to listen to all Libyans and to provide unconditional support to anything that might push Libya towards a solution.
PAKISTAN, WORLD No Comments »