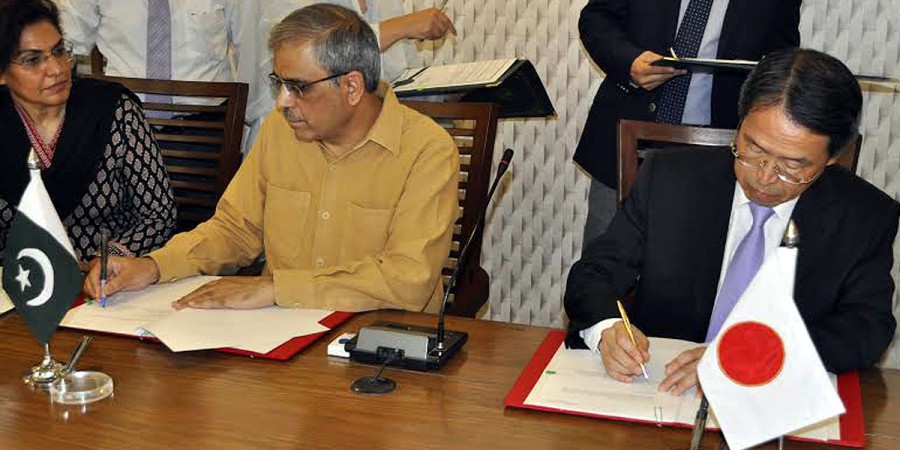 ISLAMABAD, 04 JULY, (DNA) – The Government of Japan has agreed to extend a Grant Aid “Economic and Social Development Programme”, worth 200 million Japanese Yen, equivalent to around Rs. 205 million or US$ 1.96 million.

On July 4th in Islamabad, the signing for the project took place between Mr. Takashi Kurai, Ambassador of Japan to Pakistan and Mr. Tariq Bajwa, Secretary of Economic Affairs Division (EAD).

This grant aid is designed to support the promotion of the economic and social development of developing countries in the field of security improvement and counterterrorism by providing equipment in which Japanese advanced technologies are used.

It is supposed to provide an Advanced Face Recognition System to Pakistan Civil Aviation Authority (CAA), upon its request (further details of the procurement will be determined between the Japanese and Pakistani counterparts).

The Face Recognition System is a computer application capable of identifying or verifying an individual from a digital image of human face captured by video cameras. Recently it has been utilized more in security systems due to its advantages and unique characters, such as its capacity of mass identification at the same time and the easiness due to no necessary physical interaction with the subject, unlike fingerprint. Consequently, this system has been adopted at places especially where many people get together like airport in many countries.

In addition to this project, Japan has been assisting Pakistan through implementation of various projects in the field of security. X ray scanning devices have been installed at three international airports (Karachi, Lahore and Islamabad) and similar projects are now underway at Karachi and Bin Qasim International Ports. Last year, Japan handed over 123 Japanese Hybrid Vehicles to the Ministry of Interior and National Highway Police for patrolling. Moreover, in collaboration with UNODC Pakistan, the 4-year project on strengthening border management and illegal drug control has just started this May.

At the signing ceremony, Mr. Takashi Kurai, Ambassador of Japan to Pakistan said “Security enhancement is indispensable for successful socio-economic development in Pakistan. This Japanese advanced system would serve the crime deterrent at the airport and would improve the security of passengers and people working at the airport.”

He said last year, Japan donated 123 Japanese Hybrid Vehicles to Ministry of Interior and National Highway Police for patrol use. Further, the 4-year project on strengthening border management and illegal drug control has just started from this May in collaboration with UNODC Pakistan.

He also emphasized his hope that like all the other assistance of Japan, provision of this recognition system will contribute to further strengthen the friendship and good will between Japan and Pakistan which have been fostered over the long history. =DNA