IS presence may cause bloodshed in Afghanistan 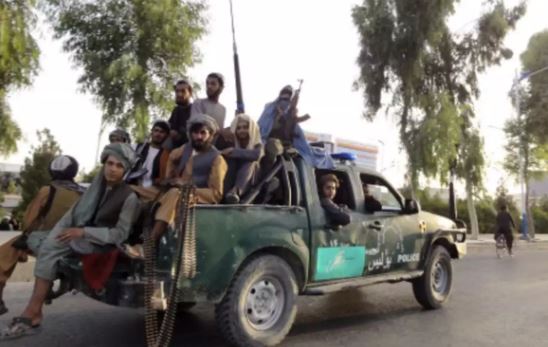 At that time, around three thousands IS fighters were arrested by joint forces whereas others, mostly from Uzbekistan and other Central Asian countries, slipped into Northern Afghanistan

PESHAWAR: It is premature to say something about the future of Taliban regime but their rule is likely to plunge Afghanistan into another era of  proxy war in the wake of undeclared war against the militants associated with the Islamic States of Afghanistan and Pakistan (IS Khurasan) also called Daaesh. After arrests or mysterious killing of hundreds of its militants, the IS received another setback with making public surrender of Abdul Rahim Muslim Dost.

The surrender of one of the founding leader of Islamic States (IS) Afghanistan and Pakistan commonly known as Daaesh made public in Jalalabad, headed quarter of Kunar province couple of days back. Accompanied by Eastern Zone Taliban intelligence Chief Dr. Bashir, Abdul Rahim Muslim Dost while declaring his surrender to the Taliban government, had also made allegiance in public before Governor of Nangarhar. While making his allegiance to Taliban, Abdul Rahim Muslim Dost confessed that he had already surrendered and joined Taliban around six months back but now he was formally making the decision public.

Belonging to Kot district of border Nangarhar province of Afghanistan, Abdul Rahim Muslim Dost is counted from Ahli Hadith school of thoughts. During Afghan war he was associated with Jumaat Ul Dawa Wal Ishaat headed by Maulvi Jamil Ur Rahman. However, after death of Maulvi Jamil Ur Rahman his differences developed with his nephews Haji Hayat Ullah and Haji Rooh Ullah. And he switched over to Hizbe Islami Afghanistan headed by Gulbadin Hekmatyar. But after empowering of Taliban, he joined Taliban. And on such grounds, especially his extremist beliefs, Muslim Dost was first arrested by Pakistan secret agencies and later on handed over to the US secret agencies.

Abdul Rahim Muslim Dost remained US prisoner in Guantanamo jail for around eight years wher he wrote a book in Pushto, “Matay Zowlanai” (Broken chains)  . In this book, Muslim Dost had made his best of what he claimed “exposing Pakistan intensions by patronizing and financing the continued proxy war on the soil of Afghanistan. Like former Ambassador and Taliban founding leader Mullah Abdul Salam Zaeef, Muslim Dost had also criticized Pakistan for looking after “affairs across the border in Afghanistan.” But despite using worst kind of negative remarks and words against Pakistan, Muslim Dost’s presence and luxurious boarding and lodging, is generating stock of questions.

However, some of the credible Afghan analysts believe that during imprisonment Muslim Dost developed “understandings with US.”  And he returned after release with huge US and Euro currencies in war and hostilities devastated Afghanistan. Before launching of IS-Daaesh Afghanistan in 2014 and 2015, he had hoisted flags and started politico-religious activities. At that his family was residing in Peshawar and enjoying luxurious lives. He was the first who had established a 14-member Shura of IS-Daaesh soon after IS emergence in Syria and Osama Bin Laden demise. In connection with IS activities he had established FM Radio. The Radio was latest in its transmissions even from a running motor car from different areas. It was believed that Muslim Dost was getting maximum financial help from US and its other regional, European and Middle East allies.

Muslim Dost remained one of top leaders of IS but in November 2019 he had made a deal with the Afghan government of Dr. Ashraf Ghani and was given accommodation in Kabul. His two sons were gifted admission in Jalalabad University. During the same period, the IS chief Aslam Farooqi was given accommodation in Qandahar. However, after deadly terror attack against Hindu’s worship place in Kabul, Aslam Farooqi was arrested in March-April and imprisoned in Kabul. Whereas Abdul Rahim developed understanding with Pakistan and he was shifted to Jalalabad. Little before Doha Peace agreement, Muslim Dost was again invited by Nabil ex National security advisor to Kabul to help deal with IS against Taliban. However such efforts ended without rendering any outcome.

In fact, after November 2019, Abdul Rahim Dost lost his credentials in US corridors after his alleged links with Pakistan and Doha Qatar based Taliban political office and his differences also developed with the IS chief Dr. Shahab Al Mohajir also called as Ghaffari.

At once the IS was considered dangerous group in Eastern Afghanistan and had lost its influence in the wake of November 2019 joint military operations. At that time, around three thousands IS fighters were arrested by joint forces whereas others, mostly from Uzbekistan and other Central Asian countries, slipped into Northern Afghanistan. And these people played a key role in falling of these areas to Taliban with starting evacuation of US troops from Afghanistan in May 2021 last.

Though the Taliban rulers have initiated a “declared crackdown” against the IS militants soon after capturing power corridors in Kabul on August 15th 2021, in fact, it’s bad days started with commencing of US led allied troops , Afghan government and Taliban joint operation in four districts of Nangarhar in October-November 2019 last. Over three thousands were arrested and thousands of others pushed towards Northern parts of Afghanistan. Likewise, it’s almost top leaders and commanders have been targeted by US drones.

And the IS also lost some of financial aid from external friends. Now there are reports about over two thousands IS fighters’ arrest by Taliban while almost all of its militants from CAR, have been scattered in Northern Afghanistan. But despite such losses, the IS is still considered as a serious threat to Taliban regime. And the Afghans are apprehending another era of bloodshed in the country owing to increased level of hostilities between Taliban and Daaesh.