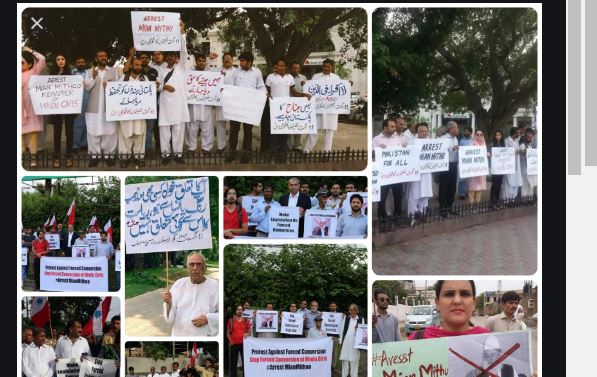 Conducted by Ghulam Hussain, a PhD scholar in anthropology at Quaid-i-Azam University and a research fellow at IPS, the report titled “Faith Conversions or Forced Conversions: Reality and Rhetoric” digs into the popular narrative that suggests that the members of minority communities, particularly women and girls, are forcibly converted to Islam in Pakistan – an allegation that has resonated on various forums including the Indian Parliament and USCIRF reports. Some of these reports claim that as many as 1000 Hindu and Christian girls are kidnapped, forcibly converted and married of annually in Pakistan.

Through content analysis of some three dozen reports of various human rights organizations, this baseline study suggests that the reports that are often presented as evidence for alleging that there is an organized and systematic effort of forcibly converting non-Muslims to Islam, lack any primary or empirical data. Such reports, the study claims, rely on clichés cited from another report that too is prepared without an evidence. At most, some of these reports base themselves on anecdotal evidence taken from newspaper reports and political statements and none of these reports verifies the allegations of forced conversions from ‘the supposed victims and so-called perpetrators’. Claims in these reports are tautological in nature and make circular arguments on the basis of unverified/unverifiable secondary sources.

The study also interrogates the polemics against religious clerics, lawyers, police, and the State of Pakistan that characterizes the content of the reports. It shows how the narrative is developed into a charged rhetoric through social media platforms to malign the state and society of Pakistan and the religion of Islam. It alleges that the social media accounts associated with Hindu extremist groups in India are the most active in spreading such allegations.

The study also underscores the narrative internal to minority communities, particularly the Scheduled Castes or Dalits. It suggests that caste-based divisions, endogamy, and patriarchy are among the socio-economic push and pull factors that cause faith conversion, apart from a natural and genuine urge for a more satisfying way of life as religion. In fact, the conversions have been taking place on individual and collective levels through all times in the region of Sindh and Southern Punjab where forced conversions are mostly alleged, it underscores. “To say that in Pakistan, non-Muslims are forced by religious clerics and the State will be a sweepingly naïve understanding of the very complex phenomena, and will be as flawed as the assertion that free-will conversions are always divinely inspired”, the study emphasizes. The study calls upon the civil society organizations and responsible citizens to abstain from raising ‘false alarm’ on sensitive issues through a rhetoric that tarnishes the image of Pakistan and Muslims without any clear justification and undermines genuine issues of the oppressed scheduled castes.

Given the lack of evidence of ‘forced conversion’, the study recommends against an anti-conversion law and sees it as potentially ‘immature and flawed’ without a real picture being explored.

Recommending primary research into the subject to understand the phenomenon of faith conversions, and the various factors contributing to it, the report has been launched at a time when a parliamentary committee on forced religious conversions has been inquiring into the subject and has recently returned after meeting various stakeholders in parts of Sindh.

This study is expected to give a new turn to the current debate on faith conversions in the country.