Indian out to malign Pakistan through fake news in Tajik media 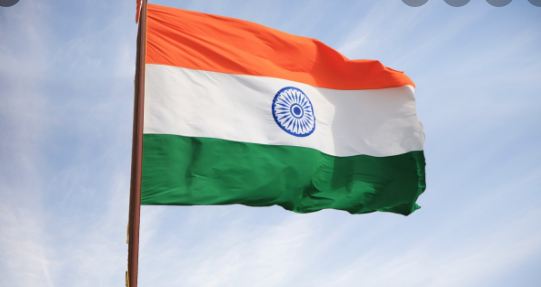 ISLAMABAD, Oct 4: After suffering frustration to fulfill its designs in Afghanistan, India is now trying to malign Pakistan in Tajikistan by sponsoring fake news stories and articles.

According to security analysts, it is creating a negative image of Pakistan among the Tajik people like it did in Afghanistan during former governments of Karzai and Ghani.

By blaming Pakistan for Taliban’s surge in Afghanistan, it tried to influence Tajik people by propagating that Taliban posed threat to India and Tajikistan alike.

According to experts, it is now an established fact that Indian government’s backed media has been frequently opposing Taliban government and their return to power.

India is trying to misguide the world community about the situation in Afghanistan as it does not want peace in the region.

According to international affairs experts, after Tajikistan raised certain concerns over Taliban’s rule, it is now trying to find an opportunity in such concerns by adding fuel to undermine Tajik-Afghan ties, besides creating a divide between Pakistan and Tajikistan by sponsoring anti-Pakistan news.

Its frustration has increased manifold as its ploys to exert influence in the Central Asia through palpable presence in Afghanistan came to an end. It is also cashing on historic events between Tajikistan and Taliban as the former had certain reservations over latter’s return to power, they added.

In the past, the anti-Taliban resistance in Afghanistan was put up by Tajik and Uzbeks minorities and India is now trying to build an anti-Taliban and anti- Pakistan narrative on that basis.

One of these tactics, in its media campaign, was to portray to Tajik people that Pakistan had been supporting Pashtuns in Afghanistan by compromising the rights of Tajik and other minorities.

They said, contrary to its it, other regional countries including Russia, China, Iran, and Pakistan have been positively engaged with Taliban.

Taliban are now a reality and the only capable entity in Afghanistan who could possibly bring peace and stability in Afghanistan. The international community, particularly the regional countries should support Taliban’s regime to fulfill their commitments, the experts opined.

Prime Minister Imran Khan recently met and discussed with Tajik President the current situation in Afghanistan and informed him about Pakistan’s emphasis upon all-inclusive government in Afghanistan.

Pakistan has time and again reiterated that an inclusive Afghan government would be helpful in securing a lasting peace and stability in the war-weary country.