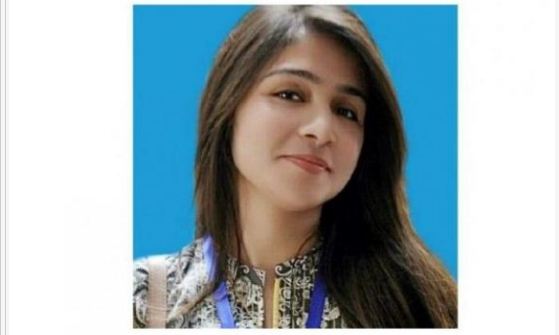 Tourism is becoming a new fashion in new Pakistan, with this Gwadar is becoming a trend and discussion among the tourists. Needless to say, Gwadar offers a variety of attractive tourist spots, starting from Heritage to Adventure to Culture andFood. Palace where tourists from all over the world can enjoy several of natural wonders.

Gwadar! situated on a natural hammerhead shaped headland in the promising land of Balochistan. The city is situated on a tapered and sandy 12 kilometers long strip that links Pakistan to rocky outcropping in the Arabian Sea known as Koh-e-Batil or Gwadar Peninsula.

However, Gwadar adores strategic significance for not just tourism but the economic development of Pakistan, reasoning the gateway to CPEC and OBOR. Gwadar’s CPEC routes are based on M8 motorway and Makran coastal highway that connects the province of Balochistanwith the rest.

Tourism in Gwadar is highlightingdue totheexotic beaches, the scenic sunset points, beautifulIslands, golden deserts, the infamous Hingol national park where you would be finding Sphinx of Pakistan and Princess of Hope, and much wild life.

I arrive Gwadar in the first week of September, I found the tiny airport was flooded with tourists perhaps those came to experience the city, locals who have just came back and some businesspeople. Though, in a lesser time, I find myself walking towards the car as driver from the hotel, who approved as a very good guide as well, had been waiting for my arrival. The distance from airport to Zaver Pearl Continental Hotel was about 20 minutes, however full of distance scenes of sand dunes, arty mud formation, busy fish markets and the most attractive blue green sea that stretches as far as one can see. I saw the hotel far before as it is majestically standing on a hill top, welcoming its guests in a queenly way, however when I entered into the pearly white hotel, I came to realize they have perfectly named it Zaver Pearl Continental, since Zaver is an Urdu word for Jewel, hence this seems really as a Pearly Jewel in the middle of golden sands. However, it is coincidence which later told to me since Zaver was the name of the hotel owner’s mother.

Walking straight to the room. The lavish hotel room was exquisitely gorgeous, comfortable and offered the landscape view of the city and the Port, from where on the coming days my eyes witnessed the beauty of early sunrise.

By having supper in the modern style restaurant with the touch of Chinese’s architecture Taipan, I went to see the old Shahi Bazzar, that enjoys a rich flamboyant past, as Sultans come to buy and sell into it, till date its alive and inspiring, selling numerous of local handicraft and delicious food, and The Oman Fort, that was also built in the times of Sultanate of Oman probably 16th Century. Indeed, Gwadar speaks of indispensable culture, heritage and architecture.

That dazzling night I spent in the beautiful hotel lawn overlooking the mysterious sea, I spent hours sitting in the dim light coming from the full moon in the darkest of sky, eyeing the magnificent sea, listening to the quite nature.

Morning came with much of the luster, golden rays coming out from deep inside the sea, making the blue water glittering golden, I watch the sun slowly waking up from the grayish night blanket.Sumptuous breakfast items, from desi to continental dishes were on display in Taipan for the guests to douse the hunger. I filled my plate with every delicious looking piece and enjoy the pleasure play of taste and delight,

Day I spent in exploring more of the city, a mud volcano, busy fish market, the boat making venture, and the catching of fish with local kids.

From my experience, along with heritage tourism, tourism in Gwadar could be marked as adventure tourism reasoning the boat riding, fish catching, some prospects of jeep rally and keeping in view the initiatives of the sea. Along Pakistan can exhibit its cultural perspective; the lost Omani culture. Moreover, there are numerous opportunities but only requirement is sustainability, otherwise we would waste the glam of nature, which is obviously irreversible.

Next, I went to the beach, a gorgeous, wonderful, and superb. Clear blue water coming along with the white foam to engulf me. My mother says right, “water have some magnetic magic in it”, and yes, the waves drives me to go farther and farther until I hear some local saying, “Baji you will drown”.

After having lunch, I went to a hilltop called by locals as “Pakistan point”. It was a steep difficult drive of about 15 minutes from the hotel, reaching first my heart beat in a patriotic wave by watching a huge Pakistani flag, fluttering in the air like of lose curls of a beautiful woman. And next comes the magestic view, a view of the entire city and the gorgeous Arabian Sea, flowing far and far touching the boarders of Dubai, Oman and other Gulf countries. Where I found a number of boats floating in the search of livelihood. I wonder what a mighty of the Sea expanding where the eye can see and providing bread to how many of these people, however in turn the people have turned head to heel in polluting this bounty. The driver was a local hence he told me about a recent housing scheme who are going to throw their wasted water in this clean blue green sea, and that I seen with my own eyes; the huge pipe lines.I plead to the authorities to see into this matter and take proper action since we have one example of Clifton Karachi, the dirty seashore which not only have spoiled the picture also had drastic impacts on the sea life.

Beach promises a flamboyantly calm evening, while sun setting, going into the far away lands with seagulls making way to home, how homely and romantic. This is what I experienced on that evening on Koh-e-Batil, while embracing the gigantic waves with a goodbye to the sun.