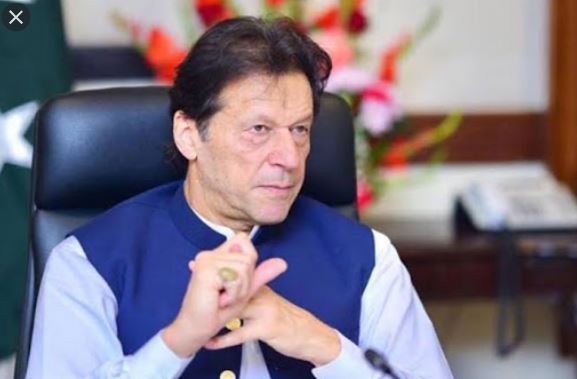 In his message on Universal Children’s Day, the Prime Minister said children were the most precious resource of any nation and the sole guarantee for its future.

He said Pakistan joined the world community in celebrating the Universal Children’s Day 2020, as an occasion to reaffirm commitment to the fundamental principles of its Constitution, United Nations Declaration of Human Rights and United Nations Convention.

The Prime Minister mentioned that the government had initiated various programmes to ensure protection of children’s rights in the country. He said a National Commission on the Rights of Child had been set up which monitors their rights situation in the country.

Two Children, a girl and a boy have been given representation in the Commission. The Prime Minister said the Zainab Alert, Response and Recovery Act, 2020 had been enacted for the protection of missing and abducted children.

The Juvenile Justice System Act, 2018 and ICT Child Protection Act, 2018 had been enacted to provide care and protection to children, he added. The manifesto of the Pakistan Tehreek-e-Insaf provided for enhanced focus on childhood nutrition, child-friendly learning environment, educating the children, promoting early screening and interaction for children with disabilities.

He said the government had also initiated programmes like healthcare for all, transforming education and unleashing the potential of the youth. Moreover, the expansion of social safety net, providing clean drinking water and tackling climate change are also among the priority areas, he said.

Imran Khan said besides, a caring system for people with special needs was also being created. The rule of law and economic justice were being ensured by undertaking various measures, he added.

He said the government was constantly monitoring the COVID-19 situation in the country and accordingly taking all possible appropriate measures in collaboration with provincial governments and development partners to mitigate its adverse effects on people.

He said the creation of a violence-free society and ending child abuse was one of the present Government’s priority areas among others as the future of Pakistan lied with the children.

The Prime Minister reaffirmed his pledge for protection of child rights in the country, enabling them to become productive members and citizens of the society and the State respectively. = DNA