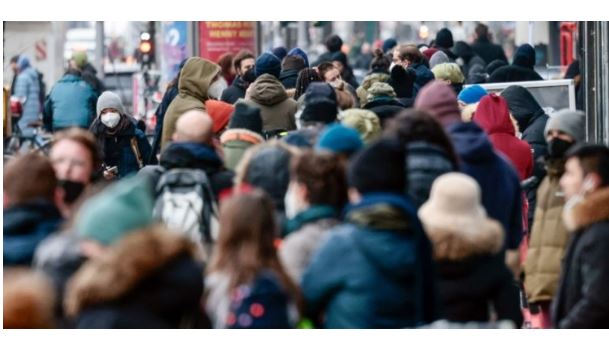 German Health Minister Karl Lauterbach warned Germans against complacency and warned of “difficult weeks” ahead as the country’s disease control body recorded a new high in its seven-day incidence of coronavirus infections.

The Robert Koch Institute (RKI) reported 515.7 new infections per 100,000 people per week on Sunday, marking the first time the measure has passed the 500 mark.

“We must not lull ourselves into a false sense of security in view of the fall of hospitalization numbers, especially in intensive care units,” Lauterbach told the newspaper Bild am Sonntag.

Lauterbach said he expected the situation in hospitals to worsen again, adding that it was currently mainly younger people who were getting infected. If cases among older people rise, the number of hospital admissions will also go up, Lauterbach said.

“Depending on how things develop, there may be shortages not only in intensive care units, but also in normal wards. There is a threat of entire departments being closed,” he said, adding: “A mass outbreak means that hundreds of thousands will become seriously ill and we will have to mourn many thousands of corona deaths again.”

Chancellor Olaf Scholz nevertheless announced an important milestone in Germany’s vaccination programme had been reached on Sunday. Three out of four German citizens have now been vaccinated against the coronavirus at least once. “An important milestone,” Scholz tweeted on Sunday, adding: “Next we should aim for the 80% mark.”

According to a survey commissioned from the Insa Institute by Bild am Sonntag, the majority of people in Germany feel that leadership is lacking from the chancellor. Some 71 per cent of respondents said they believed that the government was failing to provide the country with a clearly articulated coronavirus policy.

In total 47 coronavirus deaths were reported across Germany in the latest daily count, compared to 77 a week earlier.

The RKI has recorded just under 8 million coronavirus infections in Germany since the pandemic began including 115,619 deaths. The true number of cases is likely to be much higher, however, as many infections go undetected.