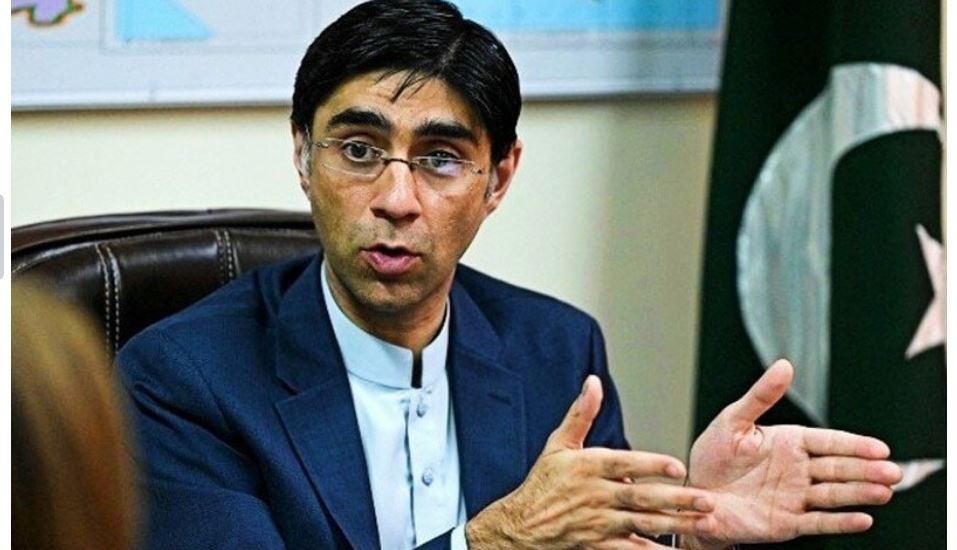 ISLAMABAD, JAN 16: A high-level inter-ministerial delegation led by National Security Adviser (NSA) Moeed Yusuf would be visiting Afghanistan on January 18-19 for talks on bilateral matters, focusing on Pakistan’s efforts to avert a humanitarian crisis in the neighbouring country, officials said on Sunday.

Yusuf is steering the Afghanistan Inter-Ministerial Coordination Cell (AICC) to channel Pakistan’s humanitarian and economic assistance to Afghanistan in a manner that helps the Afghan interim authorities in combatting their key challenges while adhering to the requirements of the UN and international sanctions.

According to officials of relevant ministries, the purpose of the visit is to ascertain the humanitarian, economic and development needs of Afghanistan in various sectors. The AICC in the past few weeks has been working tirelessly on plans of assistance to Afghanistan.

The main sectors of Pakistan’s cooperation with Afghanistan include health, higher education, provision of humanitarian assistance, and enhancement of trade/business contacts.

The Afghan ministers for health, higher education, finance and commerce undertook visits to Islamabad in recent months for strengthening collaboration in these areas. The plans for assistance in these areas are likely to be finalised during the said visit.

One key challenge for Afghanistan’s Taliban rulers is the exodus of skilled human resource from the country.

Relevant Pakistani officials argue that Pakistan was actually contemplating opportunities for Afghan refugees educated and trained in Pakistan to serve in Afghanistan’s public and private sectors to fill the gap in the country’s human resource requirements.

Apart from the bilateral channel, Pakistan has also been facilitating assistance to Afghanistan through international organisations, particularly the UN and Organisation of Islamic Cooperation (OIC). The OIC foreign ministers’ special session in Islamabad on December 19, 2021, and the decisions to establish an OIC Trust Fund as well as appoint a special envoy on Afghanistan to oversee humanitarian and economic engagement are reflective of Islamabad’s efforts to support Afghanistan at this crucial time.

The Pakistan NSA will travel to Kabul at a time of tensions along the Pak-Afghan border.

Over the past few weeks, videos have surfaced on social media purportedly showing Taliban fighters uprooting a portion of the fence along the Pak-Afghan border, claiming that the fence had been erected inside Afghan territory.

Interior Minister Sheikh Rashid on Friday said that the remaining fencing of the frontier would be completed with the consent of the neighbouring country, stating that “they are our brothers.”

Earlier this month, the director general of Inter-Services Public Relations (ISPR) Maj Gen Babar Iftikhar had said that fencing of the Pak-Afghan border would continue as planned, adding that blood of martyred soldiers had been spilled while erecting the fence.

Addressing a press conference in Rawalpindi, the DG ISPR said the border fencing had been completed 94 per cent. “We are totally focused, and under the western border management regime, the work that is underway will be completed in some time.”

Yusuf’s visit will be an opportunity for both sides to review the situation along the nearly 2,600-kilometre border and other security-related issues.