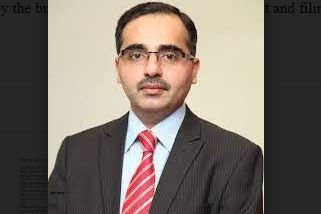 ISLAMABAD, JUL 31: The Friends of Economic & Business Reforms (FEBR), hailing the new fixed tax regime for small traders, has called for massive awareness campaign among the business community before its implementation, as traders have been expressing various concerns in this regard.

FEBR President and LCCI former vice president Kashif Anwar observed that it is the fact that the fixed tax regime has several positive features and it was also imposed on the recommendation of traders but there are also some confusions, ambiguities and serious concerns, besides the timing and the way it was imposed, as presently, the record high cost of doing business due to unprecedented rupee depreciation, skyrocketing energy tariffs and escalating fuel prices have hit the small trader hard.

FEBR thinks that it is the right move in the right direction and we suggest the FBR to continue consultative meetings with the representatives of trade bodies to sort out the traders issues, especially in the implementation of the fixed tax regime, as this is most appropriate way to enhance revenue for the country, besides widening tax base.

The FEBR considers that the future of taxation lies in collaboration with the taxpayers instead of protests and confrontation. He said that as a whole this arrangement of fixed tax regime would achieve a win-win situation for traders and FBR in achieving goals of documentation and reasonable taxation without creating fear and harassment among the business community.

Talking about the concerns, he said that the authorities had agreed to decide the final slabs of fixed tax regime in consultation with the trade bodies, but the tax slabs had been finalized without taking them on board. He urged the finance minister to hold a meeting with business community’s real stakeholders to sort out this important issue with mutual consultation so that small traders should be saved from extra financial burden. He suggested the government that this tax should be delayed for some time so that the traders could be mentally prepared to come into tax net through awareness campaign by the FBR.

He asked both the FBR as well as the traders to sit together and discuss about the significance of broadening of tax base in enhancing national tax revenue. He stated that due to smaller tax base, the burden gets shifted to existing taxpayers. He stressed on the need to have cooperation of trade bodies in the identification and enrollment of potential taxpayers and seek their help to hold facilitation camps in their respective areas. He urged the traders to share views on the difficulties’ faced by the business community in the enrollment and filing of returns.