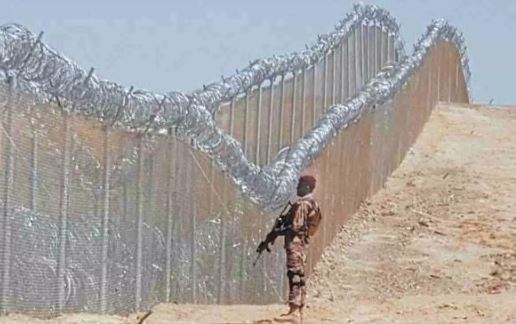 Situation on Pak Afghan border at different places is still tense whereas personnel of security forces on both sides are on high alert and going for blind-shelling and firing against each other. Situation is very tense in North and South Waziristan, whereas the Afghan Taliban showing sever anger what they called Pakistan’s bombing on Pakistani tribesmen camp at Khost.

The latest situation from Angoor Ada South Waziristan reveals that Taliban have closed the Pak Afghan border for every sort of traffic, transportation, travelling and even local pedestrians. Even the Taliban now are constructing a wall just on zero-point. Similar is the situation in Ghulam Khan North Waziristan and Kharlachi Kurram. Though bilateral trade, travelling in these areas is in progress.  Media reported cross firing in scattered areas between Kunar and Afghanistan. There are reports of cross firing in Arandu and several other points at Chitral.

Zabeeh Ullah Mujahid, spokesman of Taliban government through tweet messages, states, “The Islamic Emirate of Afghanistan strongly condemns Pakistan’s attacks on refugees in Khost and Kunar. IEA calls on the Pakistani side not to test the patience of Afghans on such issues and not repeat the same mistake again otherwise it will have bad consequences.” He further states, “ bombing their homes and raiding women and children. And on the dark night dragged the people into prison, and kept up to 15000 political prisoners. At present, none of the above acts of inhumanity exist, but all legitimate human rights are guaranteed.”

The reports retrieved from inside Afghanistan that on Saturday morning, Pakistan allegedly fired artillery shells against different areas of Kunar province. At least 41 shells hit the civilian population at Naday district, 69 at Dangaam and 10 at Shultan. The artillery shells hit a house at Shultan, causing lives to five including a mother and four children. One baby girl was seriously injured. Head of the family was a poor vendor, and was present in Asadabad, provincial headquarter of Kunar.

The reports also reveal that Pakistani Taliban sheltering in Sarkani area of Kunar province  along with Pak Afghan border, also fired rockets against the Pakistani security forces in Bajaur. Afghans from Sarkani confirmed that around 40 rockets fired in response to Pakistani troops’ artillery shelling. However, Pakistani authorities didn’t issue any statement or any confirmation of such shelling etc.

The tribesmen and Afghan authorities informed that from 30 to 36 civilians including women and children were killed when Pakistan’s jet fighters reportedly bombed Gulan IDP’s camp in Khost. This camp was established in June 2014 when thousands of tribesmen from Shawal mountainous area of North Waziristan slipped into Khost Afghanistan after commencing military operation Zarb-i-Azab on June 15th 2014 last.

Pakistani authorities are justifying such military strikes in the wake of recent deadly violent acts, in scattered areas of North and South Waziristan.

The meeting was also attended by Foreign Minister Maulvi Amir Khan Mottaki and Deputy Minister of Defense Alhaj Mullah Shirin Akhund. The Afghan side condemned the recent attacks by Pakistani forces in Khost and Kunar And insisted on the prevention of recurrence.

The pious man said; All military violations, including in Khost and kumar , must be prevented, and such incidents strain relations between the two neighboring countries, which could be exploited by malicious and biased circles in both countries and have dire consequences. .

Finally, a letter of protest was handed over to the Pakistani ambassador, which conveyed it to the superiors.”

1. In the last few days, incidents along Pak – Afghan Border have significantly increased, wherein, Pakistani security forces are being targeted from across the border.

2. Pakistan has repeatedly requested the Afghan Government in the last few months to secure Pak-Afghan border region. Terrorists are using Afghan soil with impunity to carry out activities inside Pakistan.

3. Pakistan and Afghanistan have been engaged for the past several months through institutional channels for effective coordination and security along our long shared border. Unfortunately, elements of banned terrorist groups in the border region, including TTP, have continued to attack Pakistan’s border security posts, resulting into martyrdom of several Pakistani troops. On 14 April 2022 as well, 7 Pakistan Army Soldiers were martyred in North Waziristan District by terrorists operating from Afghanistan.

4. Pakistan, once again, strongly condemns terrorists operating with impunity from Afghan soil to carry out activities in Pakistan. This is detrimental to our efforts of maintaining peace and stability along Pak-Afghan Border.

5. Pakistan requests the sovereign Government of Afghanistan to secure Pak- Afghan Border region and take stern actions against the individuals involved in terrorist activities in Pakistan, in the interest of peace and progress of the two brotherly countries.

6. Pakistan also takes this opportunity to reaffirm respect for Afghanistan’s independence, sovereignty and territorial integrity. Pakistan will continue to work closely with the Afghan Government to strengthen bilateral relations in all fields. 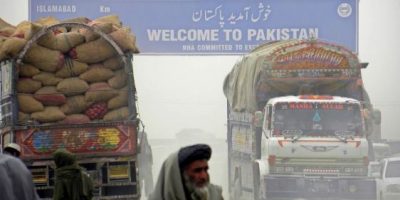