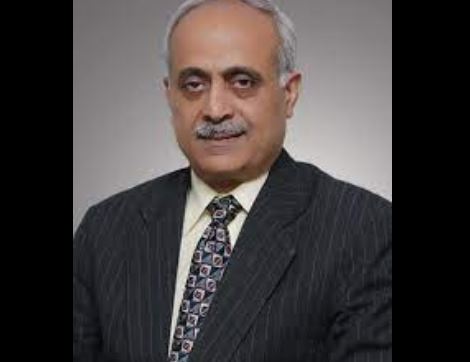 FAISALABAD, Feb 22 /DNA/ – Amid the situation of $10 billion import bill of essential items in the country, it is a prerequisite to strengthen the agricultural sector with modern trends and scientific basis that will help boost up per acre productivity  and ensure food security,   said  Prof Dr Iqrar Ahmad Khan, Vice-Chancellor,  University of Agriculture Faisalabad.
He chaired the inaugural session of five-day hands-on training on CRISPR/CAS mediated genome editing arranged by the National Center for Genome Editing, at the Center for Advanced Studies in Agriculture and Food Security’s Auditorium UAF.      University of Veterinary and Animal Sciences Vice Chancellor Prof  Dr. Nasim Ahmad, and Cholistan University of Veterinary and Animal Sciences Vice Chancellor Prof Dr. Muhammad Sajjad Khan also spoke on the occasion.
Dr Iqrar Ahmad Khan said that promotion of modern trends, including genome editing, is essential for achieving high yielding breeds of agriculture and livestock to improve productivity with  resilient to diseases in order to ensure food security.   He said that the National Center for Genome Editing has been set up at the UAF which will prove a revolutionary step towards equipping agriculture with state-of-the-art genetic facilities to multiply productivity. He said that the Center had been set up with the total funding of Rs 1799 million collective funding from Pakistan Council of Scientific and Industrial Research worth Rs 1298.63 million and UAF worth Rs 500.960 million
Dr. Nasim Ahmad said that in view of ever-increasing population and ensure food security, high yielding agriculture and livestock are the need of the hour for which agricultural scientists would have to expedite efforts. He said that teaching, learning and research at UAF had excellent repute not only at the national level but also at the international level. He said that the establishment of Genome Editing Center will open up a new chapter of glory.
Dr. Sajjad Ahmad Khan said that the livestock sector was facing crisis in which the promotion of genome editing would utter a new era of development. He said that food security can be ensured by uplifting agricultural system on scientific basis.  Pro-Vice Chancellor Prof Dr. Anas Sarwar Qureshi, Director CAS Dr. Sultan Habibullah and others were also present. Research Associate CAS Nehal Ahmad Khan also spoke.