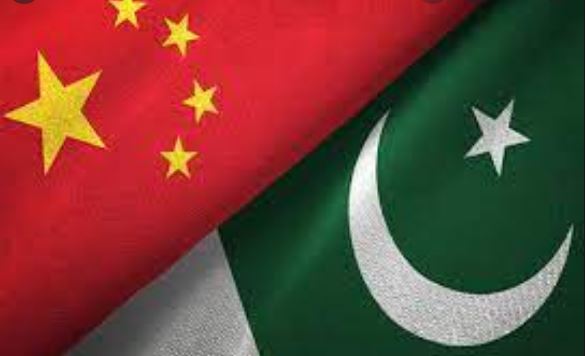 BEIJING, Mar. 20 /DNA/ – There is broad space of cooperation for the development of China-Pak footwear industry as Pakistan’s exports soar, according to a report of China Economic Net (CEN).

Pakistan’s footwear exports achieved double-digit growth. Its footwear exports in the first eight months of the 2021-2022 fiscal year reached USD 104 million, a year-on-year increase of 17.7%, and the export volume was 12.09 million, a year-on-year increase of 9.08%, according to the latest data released by the Pakistan Bureau of Statistics (PBS).

For a long time, Pakistan’s footwear industry has been eager to enhance its global competitiveness and expand the scale of exports through measures such as technological upgrading, import substitution of footwear materials, and improvement of labor quality.

Based on CPEC’s substantial improvement of infrastructure including power and transportation, Pakistan hopes to bring in more Chinese shoe-making industries.

Asad Umar, Federal Minister for Planning, Development & Special Initiatives, said in early March that “footwear industry is one of the four investment areas that Chinese companies could be lured to invest in Pakistan, especially where Pakistan have a potential to export its products.”

“Combining Made in Pakistan with Chinese capital and technology, that is, integrating the advantageous production factors of Pakistan and China will help improve Pakistan’s production  and enhance the international competitiveness of its products.”

“Some footwear enterprises in Pakistan do relatively well and have a large scale, such as leather shoes and PU injection sandals are its competitive products, while the advantage of my company lies in casual shoes and travel shoes,” Chen said that Pakistan still has a lot of room for growth in this regard.

In terms of importing substitute products, there is more space for cooperation. Take footwear materials as an example. The making of a pair of shoes requires about 40 to 200 kinds of materials, while Pakistan’s footwear materials are highly dependent on imports, and the sharp depreciation of the rupee has further raised the cost of shoemaking.

“For example, the two-tone soles of sports shoes involve bottoms, sole damping accessories and insoles. We encountered difficulties in local procurement when we set up the factory in 2018,” Chen said.

In terms of tapping the demographic dividend, the two countries also have great potential for cooperation. The PBC report shows that the lack of trained manpower is one of the important factors restricting the development of Pakistan’s footwear industry.

Pakistani workers produce an average of 4-5 pairs of shoes per person per day, compared with a world average of 10-12 pairs, which limits Pakistan’s footwear industry to low-end products.

At the operational level, Chen’s experience is to select a group of Pakistani employees with basic skills. With the instruction of Chinese technicians, they can master the skills of footwear design, pattern making, cutting, sewing, etc.
“Now these Pakistani employees have improved a lot and they have begun to train inexperienced workers. Some well-trained personnel are now managers.”

Overall, Pakistan’s prospect of footwear export, the space for import substitution, and its demographic dividend have all laid a solid foundation for Pakistan to attract Chinese investment and enhance bilateral cooperation.

In the current context of high inflation, footwear companies are also faced with a variety of problems. “Sea freight remains high, almost five times that of previous years, and the cost of equipment transportation continues to rise.”

Chen hopes that the Pakistani government will introduce practical measures to give Chinese small and medium-sized enterprises in Pakistan the same treatment as Pakistani enterprises.

In the above report, Chairman Javed Siddiqui of Pakistan Footwear Manufacturer Association, suggested that if the Pakistani government could give a little more support in promoting cooperation with Chinese manufacturers, it would greatly help  improve the labor productivity of the footwear industry in Pakistan.