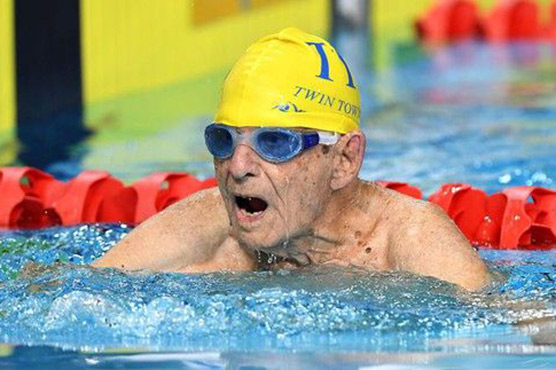 CANBERRA, MAR 03 (DNA) – Australia’s George Corones, who celebrates his 100th birthday next month, has broken what is claimed to be the 50-metres long-course freestyle world record for his age group.

The 99-year-old was the only competitor in the 100 to 104 years men’s masters category on Friday and set a time of 56.12 seconds for a single length of the Gold Coast Aquatic Center pool, which will host the swimming competition at the Commonwealth Games next month.

The race was organised specifically to allow Corones a chance to break the 100-104 age group record of 1:31.19 set in 2014 by Briton John Harrison.

“It’s the only time when you’re not fighting against gravity,” he said.

“When you’re in the water you’re in an anti-gravity environment and it’s beautiful.”

The former doctor credits his longevity to swimming, which he took up again at the age of 80.