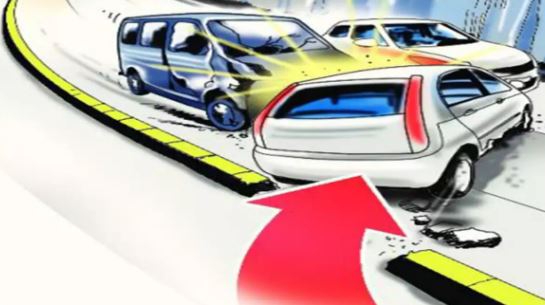 By Faisal Munir / DNA
ATTOCK: Three persons,including two brothers were killed and three
others sustained injuries in an accident that occurred near Pindi Gheb
area of Attock district, Rescue sources reported on Monday.

According to details, a car was heading towards Islamabad from Bakkar
when suddenly it turned turtle near Pindi Gheb. As a result, two
brothers died on the spot.

The injured including women were shifted to nearby hospital. Police
reached the spot and started investigation.

As per initial reports, the driver of the car could not control over
the steering when he save a motorcyclist.